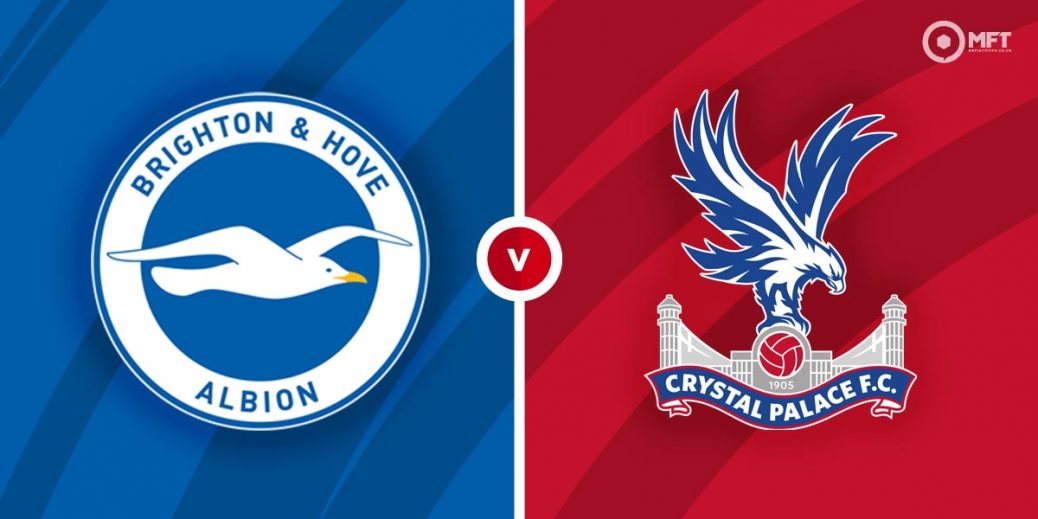 BRIGHTON have been in impressive form in recent weeks and they will be keen to continue their upward curve when rivals Crystal Palace come calling.

Brighton are unbeaten in their last six Premier League matches, claiming the scalps of both Liverpool and Tottenham in the process.

Last time out Potter's posse played out a drab 0-0 draw at home to Aston Villa, so the Brighton chief will be hoping his side can find their shooting boots when Crystal Palace pitch up at the Amex on Monday night.

Crystal Palace continue to keep their head above water thanks to Roy Hodgson's astute management, however, the capital club head into this clash off the back of successive Premier League defeats.

The South Londoners slumped to a 3-0 defeat at home to Burnley last Saturday, a performance that bared all the hallmarks of a side who very much appear to be on the beach.

Brighton have won just one of their 12 Premier League home matches this season but the Seagulls are red-hot favourites here at 4/6 with Bet 365.

Two of the last three meetings have ended all square and repeat here pays 13/5 with Bet 365, while a Cryptal Palace triumph is trading at 23/5 with TonyBet.

Brighton's recent improvement can be attributed to their newfound defensive solidity – Albion have bagged a clean sheet in five of their last six Premier matches – and it's worth noting that each of the Seagulls last seven top-flight tussles have featured fewer than three match goals.

With that in mind, coupled with Roy Hodgson's pragmatic style of play, it seems sensible to expect a low-scoring affair on the south coast on Monday night.

As already alluded to, I'm not anticipating an Amex goalfest, but I do fancy Brighton to breach a Palace backline that have kept just four clean sheets in 24 Premier League outings this season, not to mention only one of those aforementioned shutouts have come away from Selhurst Park.

I'm therefore happy to side with at least one Seagulls strike here and with Brighton expected to dominate possessions for long stages I'll also back the hosts to hit over three corners.

Brighton are averaging 5.79 corners per game this season, a figure that increases to a lofty 6.83 when playing on home turf, while Crystal Palace are conceding over 5.5 flag kicks per 90 minutes.

I'll also dip into the player card market and take 13/5 on offer with Bet 365 for Crystal Palace midfielder Luka Milivojevic to have his name taken on Monday night.

The Palace skipper isn't shy in putting himself about and having already racked up six yellows and one red across 20 appearances this term , the Serb looks like a good candidate to go in the book again at a backable price.

This English Premier League match between Brighton and Crystal Palace will be played on Feb 22, 2021 and kick off at 20:00. Check below for our tipsters best Brighton vs Crystal Palace prediction. You may also visit our dedicated betting previews section for the most up to date previews.