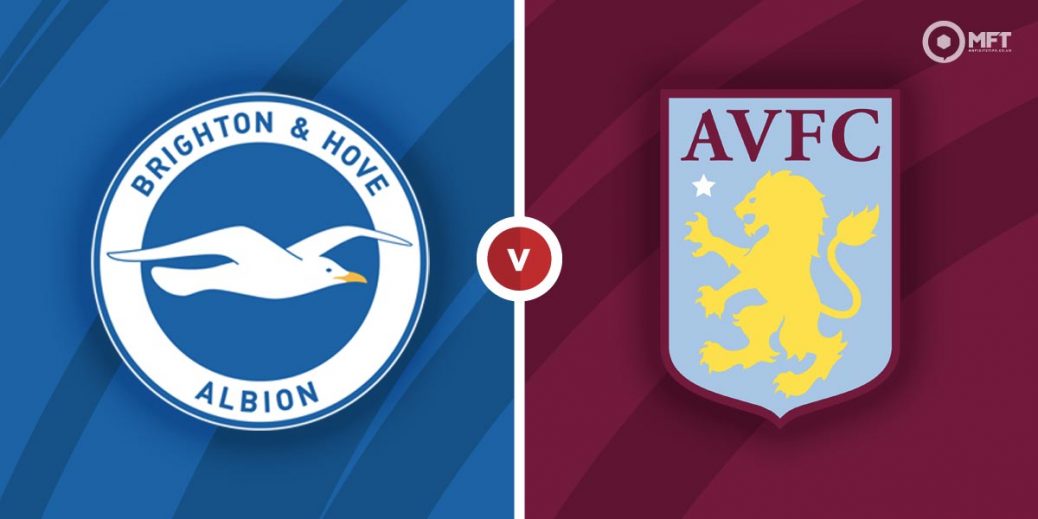 BRIGHTON have been in impressive form in recent weeks and they will be looking to continue their upward trajectory when Aston Villa come to town.

Brighton bagged a morale-boosting 1-0 over Tottenham a fortnight ago and they followed up on that victory with a well-deserved 1-0 win at Anfield last midweek.

Last time out in the Premier League Potter's men played out a 1-1 draw at Burnley and they will be keen to extend their five-match unbeaten streak when Aston Villa arrive at the Amex on Saturday night.

Villa's turnaround this season has been nothing short of remarkable and they head into this clash off the back of a 1-0 win against Arsenal.

That triumph propelled Dean Smith's team back into the top-half of the table where they find themselves just four points adrift of a Champions League berth having played two games less than the majority of the sides housed above them in the standings.

Brighton are targeting back-to-back home wins for the first time this season and a Seagulls success is trading at 7/4 with TonyBet.

Aston Villa have lost three of their last four top-flight road trips but the visitors head south as slight favourites at 6/4 with Bet 365, while a share of the spoils pays 5/2 with UniBet.

Aston Villa have scored in 10/11 Premier League away matches this season and I fancy attack-minded Villa to make the net bulge on Saturday night.

Brighton have bagged just seven clean sheets across 23 top-flight outings this term and it's worth noting that the Seagulls have recorded just three shutouts on home soil this season.

With that in mind, coupled with the attacking threat that forward-thinking Aston Villa carry, I'm more than happy to back the away side to breach Brighton's backline.

Given that Aston Villa are the most-fouled team in the Premier League this season I'll also add at least one Brighton booking to the recommended Bet Builder, not to mention Albion are averaging two cards per game at the Amex Stadium this season.

Finally, I'll throw in over three Aston Villa corners given that Smith's side are averaging just over six flag kicks per game in the Premier League this season.

That train of thought could also see value lie with the 11/8 on offer with Bet 365 for Aston Villa to hit over five corners at the Amex on Saturday night.

The Villians have hit six or more corners in 12/21 Premier League fixtures this term and they are a tempting play at the above-mentioned price to repeat the trick at the Amex this weekend.

This English Premier League match between Brighton and Aston Villa will be played on Feb 13, 2021 and kick off at 20:00. Check below for our tipsters best Brighton vs Aston Villa prediction. You may also visit our dedicated betting previews section for the most up to date previews.