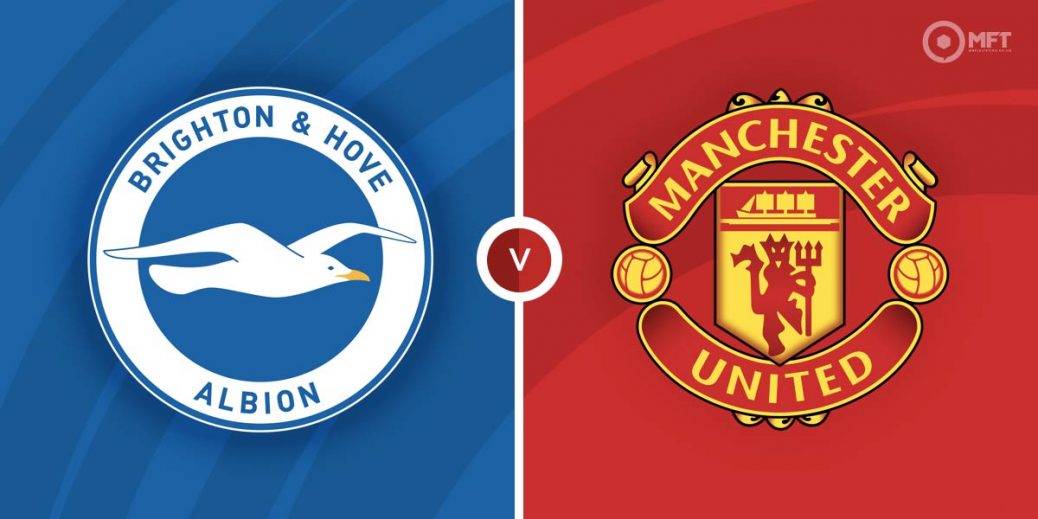 MANCHESTER UNTIED will be aiming to record back-to-back wins in the Premier League for the first time since February when they head to Brighton & Hove Albion on Saturday evening.

After an underwhelming season, the Red Devils will be looking for a strong end to the campaign to set them up for the arrival of their new head coach Erik ten Hag this summer.

The 20-time English champions have won just two of their last seven top-flight fixtures – one of which was against basement-club Norwich City, while the other was a comfortable 3-0 win over Brentford on Monday night.

That victory left United sixth in the standings where they are fighting it out with both West Ham United and Wolverhampton Wanderers for the final Europa League spot.

Brighton, meanwhile ended last weekend in the lofty heights of ninth-place following an impressive 3-0 win away at Wolves.

That triumph means the Seagulls have now surpassed their highest-ever Premier League points tally and it also kept them on course for their best-ever league finish.

Brighton & Hove Albion, who have won just one of their last 14 Premier League home games, head into the fixture as 15/8 (SBK) outsiders while a point apiece has been priced up at 28/11 (SBK).

Despite losing each of their last four top-flight away matches, Manchester United make the trip south as 32/21 (SBK) favourites.

It's difficult to have much faith in either team here so I'm going to avoid the 1×2 market and instead head to the Bet Builder feature and combine under four match goals and over three Brighton corners at 4/5 (Bet 365).

Graham's Potter's side have once again proven themselves to be a tough nut to crack this term, with the Seagulls losing just 11 of their 35 Premier League games this season so far – the same number as both Arsenal and Tottenham.

What's more, matches involving the men from the Amex have tended to be tight affairs this season, with a league-high 24 of Brighton's 35 league games featuring two goals of fewer, including a whopping 13 of their 17 matches on home turf.

Although Ralf Rangnick has an array of attacking talent at his disposal, his United side team have to be patient when it comes to creating chances s against a well-drilled Albion side.

Given that a possession-based style of play has been paramount under Potter's watchful eye since he moved to Brighton in 2019, I'll  round off the Bet Builder by backing the hosts to hit over three corners during this teatime tussle.

The Seagulls are earning 5.34 corners per-game this season, a tally that increases to a sizeable 6.24 playing in front of their own supporters, not to mention the above-mentioned Bet Builder has paid out in 10 of their last 11 league games at home.

Elsewhere, I'm also keen get involved with Manchester defender Alex Telles to pick up a card at a tasty 7/1 with UniBet.