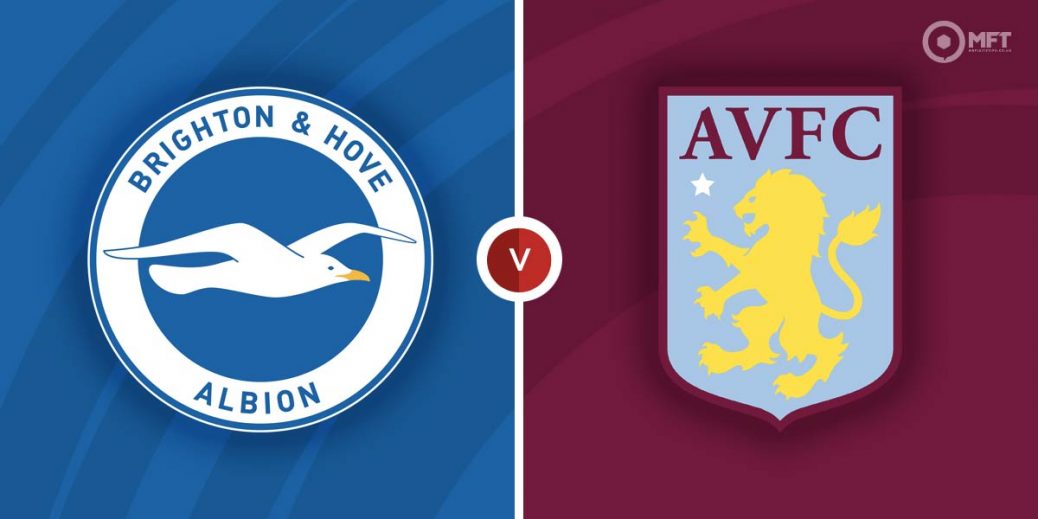 BOTH Brighton and Aston Villa will be bidding to return to winning ways in the Premier League when the pair square off at the Amex Stadium on Saturday afternoon.

The Seagulls' seven-game unbeaten run in the league came to an end last midweek when they fell to a 2-0 defeat away at Manchester United.

Graham Potter's side were then comfortably brushed aside 3-0 when playing host to relegation-threatened Burnley last weekend.

Despite that pair of defeats, Albion remain in ninth place in the Premier League table, but they will be keen to get back on track when Aston Villa come calling.

After a promising start to his reign as Aston Villa manager, Steven Gerrard has endured a sticky patch of late, with his side picking up just one win from their last eight outings across all competitions.

The Villians most recent setback came against Roy Hodgson's Watford side, who secured a 1-0 victory at Villa Park courtesy of a Emmanuel Dennis of header.

Despite winning just one of their last nine Premier League home games, Brighton head into this contest as 11/8 (SBK) favourites.

Aston Villa, who have tasted defeat in seven of their last 11 top-flight road trips, arrive at the Amex as 11/5 (SBK) outsiders while a share of the spoils has been chalked up at 40/17 (SBK).

It's difficult to be tempted about either team here so I'm going to steer clear of the outright betting and instead combine over zero Aston Villa goals and Aston Villa with a + 1 start on the handicap at 17/20 with William Hill.

Granted, Aston Villa's form has taken a nosedive in recent weeks, but they they possess some excellent attacking players and they have the technical tools to create opportunities at the Amex.

The visitors have hit the back of the net in 19/24 league games this term and they could get in on the act here given that Brighton have not exactly been watertight at the back this season.

The Seagulls have failed to shutout their opponents in 18 of their 25 top-flight outings this term to date, shipping at least one strike in seven of their last eight league games.

What's more, despite sitting in the comfort of mid-table, Graham Potter's side rarely blow teams away, with Albion posting just seven Premier League wins this season so far.

With all this in mind, coupled with the fact the aforementioned Bet Builder would have paid out in seven of Brighton's last eight league games, supporting the same formula seems like a sensible solution in East Sussex on Saturday.

Despite having reservations about the 1×2 market here, combining the draw with under three match goals is a longshot that looks worthy of some interest at 10/3 with Bet 365.

It's a combination that has clicked in 11 of the hosts' 25 (44%) Premier League games this season and it wouldn't come as a surprise if these two tightly-matched teams shared the spoils in a low-scoring affair this weekend.