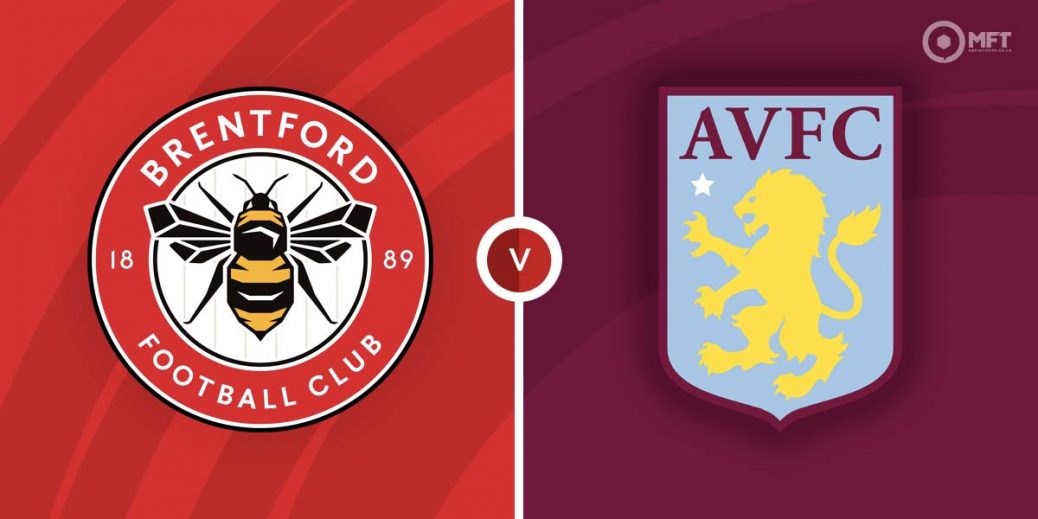 BOTH Brentford and Aston Villa will be looking to return to winning ways in the Premier League when they square off at the Brentford Community Stadium on Sunday.

Thomas Frank's team have adapted well to life in the top flight, but they head into their opening contest of the calendar year off the back of two consecutive defeats.

The Bees were beaten 2-0 at Brighton on Boxing Day and they were left empty-handed once again as they fell to a narrow 1-0 defeat at the hands of runaway Premier League leaders Man City in midweek.

That pair of losses has left Brentford in 14th position in the standings, two places and one point below Sunday's visitors Aston Villa.

The Villans have shown huge improvement under the management of Steven Gerrard, with the Liverpool legend posting four wins from seven since taking the reins at Villa Park.

The Second City outfit suffered a small setback last weekend, though, as they were dispatched 3-1 by Chelsea, so they will seek to get back on track with a positive return from Sunday's clash in the capital.

Despite winning two of their last three Premier League home matches, Brentford head into this bout as slight outsiders at 21/10 (SBK) while a repeat of August's stalemate between the pair has been priced up at 40/17 (SBK).

Aston Villa, who have lost six of their last eight top flight road trips, head into this contest as 32/21 (SBK) favourites.

This looks like a tricky fixture to tackle from a 1×2 perspective, so I'm going to steer clear of the outright betting and instead dip into Bet 365's Bet Builder feature.

If we combine over zero Aston Villa goals, each team to receive a card and over two match cards we can get some 4/5 (Bet 365) and that makes appeal.

As already alluded to, Aston Villa have benefited from the new manager bounce, with the West Midland outfit scoring in six of their seven league games under Gerrard's watch, a sample that includes fixtures with big-hitters Chelsea and Man City.

In fact, the Villans have made the net bulge in n 15/17 league games this term, which does not bode well for a Brentford backline that is not exactly renowned for being watertight.

Thomas Frank's charges have chalked up a mere one clean sheet across their last 11 Premier League matches, with seven of the last eight sides to visit this venue getting on the scoresheet.

With all that in mind, I'm happy to side with at least one Aston Villa strike, but to boost the odds, I'll also throw both teams to receive a card as well as over two match cards into the mix.

Both sides are averaging in the region of two yellow cards per-game this season and it's also worth noting that referee Craig Pawson has awarded each team a card and over two match cards in 11 Premier League outings this season so far.

What's more, the above-mentioned combination has clicked in five of Brentford's last seven top flight outings, so I'll happily support the same 4/5 (Bet 365) formula in what should be a hard-fought battle in West London this weekend.

This English Premier League match between Brentford and Aston Villa will be played on Jan 2, 2022 and kick off at 14:00. Check below for our tipsters best Brentford vs Aston Villa prediction. You may also visit our dedicated betting previews section for the most up to date previews.