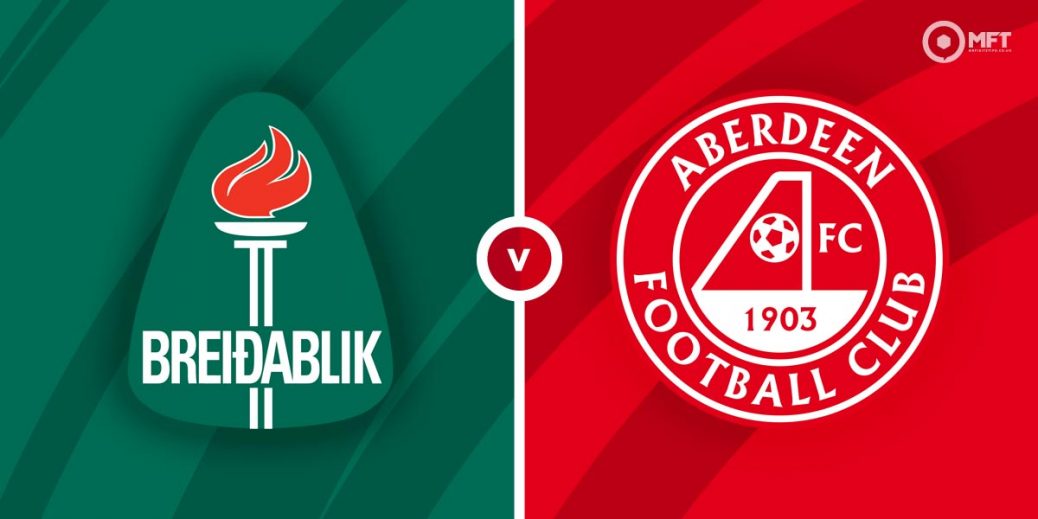 THE Stephen Glass revolution is in full swing at Aberdeen and the Red Army march on Iceland with high hopes of defeating Breidablik to reach the play-off round of the Europa Conference League.

Glass has spent the summer putting his own stamp on the Dons squad he inherited from Derek McInnes and the early signs are pretty encouraging.

I tipped Aberdeen to win their opening Euro qualifier with BK Hacken but didn't expect them to batter the Swedes 5-1 (below), a cushion that enabled them to progress despite a 2-0 loss in the return.

The Dons followed that up by easing to a 2-0 win over Dundee United in their Premiership opener and look in good shape for their next adventure in Europe.

Most Pittodrie punters would have been happy to see Breidablik defeat Austria Vienna in the last round as a clash against an Icelandic side looks far less daunting a task.

But football in Iceland has been undergoing a revolution of its own and the impressive results at international level are now starting to be matched the clubs.

That victory in the last round was Breidablik's second against Austrian opposition, having KO'd Sturm Graz in 2013, so this won't be a walk in the park for Aberdeen.

Aberdeen are evens with most firms for a win in Iceland, with the price a little higher at 21/20 at McBookie. Breidablik's best price is 23/10 with Genting while the stalemate pays 5/2 at Skybet.

These sides have never met but Breidablik faced Motherwell in the Europa League qualifiers back in 2010, losing both legs 1-0. Aberdeen have a good record against Icelandic sides, winning seven of their eight ties and drawing the other.

Christian Ramirez has made an impressive start to his Aberdeen career, with two goals in his first three games. The American looks to be a goal poacher and is 6/4 with McBookie to score another in Iceland.

Arni Vilhjalmsson has been a key man for Breidablik so far in the qualifiers, chipping in wth two goals and assist from their four games. The winger is 13/8 with McBookie for anytime scorer.

Both teams to score came up in both of Breidablik's clashes with Austria Vienna and also in the first leg of Aberdeen's win over Hacken, helping our man Mark to cash in. The Dons kept a clean sheet against United at the weekend but conceded twice in Sweden so I wouldn't be confident of them shutting out the Icelandic side.

The odds on BTTS aren't great at a best 5/7 with Mansionbet but that might be worthwhile for an acca while over 2.5 goals is only slightly better at 10/13 with the same firm.

The first-half draw pays 5/4 with McBookie and that's might be worth considering as the teams size each other up. I can see this tie being very much alive heading into the second leg so a one-goal winning margin for either side also appeals at 7/5 with McBookie.

This UEFA Europa League Conference match between Breidablik and Aberdeen will be played on Aug 5, 2021 and kick off at 20:00. Check below for our tipsters best Breidablik vs Aberdeen prediction. You may also visit our dedicated betting previews section for the most up to date previews.