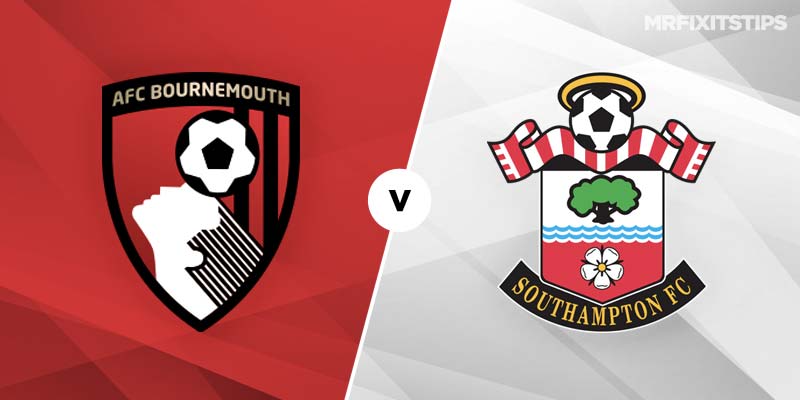 The Cherries' survival hopes are hanging by a thread and certain permutations this weekend could see Bournemouth's five-year foray of top-flight football come to an end.

Indeed, Bournemouth lost 2-1 away at Man City in midweek, however, Eddie Howe and Co will take confidence from spirited showings on home soil against both Spurs and Leicester.

What's more, Bournemouth will be desperate to avoid the nightmare scenario of having their south-coast neighbours condemning them to relegation.

The Saints, after suffering a record-breaking 9-0 loss at home to Leicester earlier in the campaign, have shown admirable powers of recovery this season under the stewardship of Ralph Hasenhuttl.

Since the restart Southampton have taken 12 points from a possible 24 with their most notable scalp coming against Man City and they picked up a well-deserved 2-2 draw at Old Trafford last Monday night.

Bournemouth have won just one of their last 11 Premier League matches and a much-needed home win for Eddie Howe's men on Sunday can be backed at 7/5 with Bet 365.

Southampton have drawn their last three league games and a repeat this weekend is priced up at 14/5 with Unibet while a Saints success is trading at 19/10 with the same bookmaker.

Bournemouth are in must-win territory this weekend and Southampton have little to play for so that could lead to an open and entertaining affair at the Vitality Stadium.

What's more, 10 of Bournemouth's last 13 Premier League games have produced over 2.5 goals while six of Southampton's last seven away games have generated three or more strikes.

Backing over 2.5 goals on Sunday takes appeal at 8/11 with Bet 365 but I'm going to combine that with both teams to score to boost the price up to a much-more enticing Even-Money with Bet 365.

Taking this approach would have paid out in four of the Cherries last five outings and it's a combination that has clicked in 50% of Bournemouth's Premier League matches this season.

It's also worth noting that each of the last four meetings between these foes have featured three or more goals – all of which adds to the appeal of siding with a repeat on Sunday.

Furthermore, the Saints boast the fifth-best road record in the division and they have made the net bulge in all but two of their last 18 top-flight road trips.

What's more, Saints boss Hasenhuttl has one of the deadliest strikers in the division at his disposal in the shape of Danny Ings who has notched an eye-catching 20 league goals this season thus far.

Ings will attract plenty of attention to score first at 4/1 with Bet 365, however, the Saints themselves have been shaky at the back this season and with that in mind it may be more shrewd to opt for Hasenhuttl's hitman to strike anytime at 11/10 with Bet 365.

The former Liverpool forward has found the back of the net in four of his seven run-outs since the resumption and Ings looks nicely priced at odds-against of 11/10 with Bet 365 to breach Bournemouth's brittle backline.

This English Premier League match between Bournemouth and Southampton will be played on Jul 19, 2020 and kick off at 14:00. Check below for our tipsters best Bournemouth vs Southampton prediction.