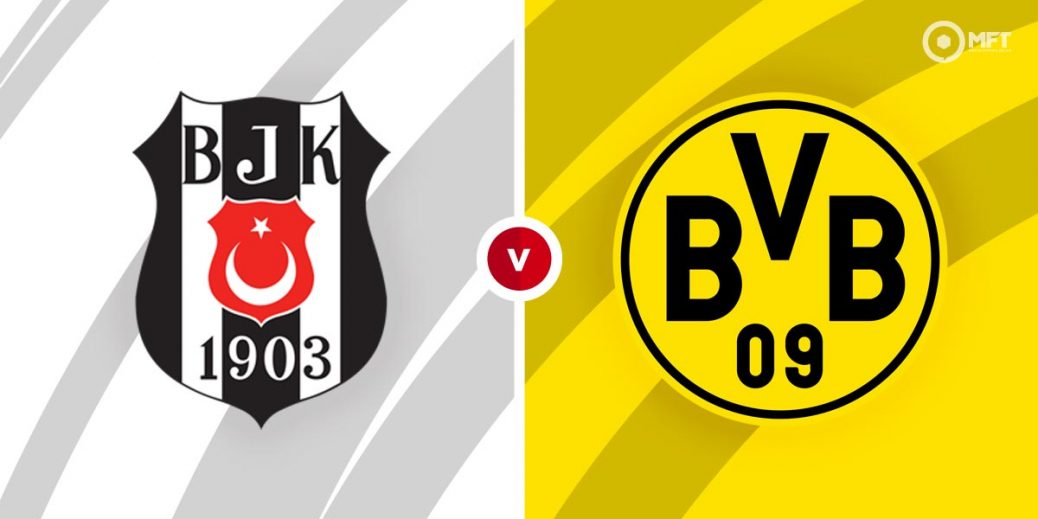 Dortmund begin their UEFA Champions League campaign with a trip to Vodafone Arena for a Group C clash against Turkish giants Besiktas. An open contest is predicted here with both defences likely to ship goals.

Besiktas are back in the group phase of the Champions League after falling in the second qualifying round last season. Sergen Yalcin's men qualified directly for the main draw in this year’s competition after winning the Turkish Super Lig.

The Turks are once again setting the pace in the Super Lig this season and are yet to suffer defeat after four matches. They have impressed in attack and head into Wednesday’s clash off the back of a 3-0 victory over Yeni Malatyaspor with Michy Batshuayi netting a brace while Georges-Kevin Nkoudou was also on target.

Besiktas often find it difficult transmitting their domestic dominance to Europe and have lost their last three Champions League matches.

Borussia Dortmund have made an inconsistent start to the Bundesliga but are still challenging near the top of the table. They have claimed three wins this season and travel to Besiktas off the back of a 4-3 victory over Bayer Leverkusen in their previous fixture.

The Germans has built a solid record in the Champions League in recent years, reaching the knockout stage in the last three editions. They often qualify comfortably from the group phase and will be targeting a fast start for a similar outcome this season.

Dortmund have a new manager in Marco Rose, but remain one of the most attacking teams in Europe with striker Erling Haaland netting five times already. They have struggled in defence lately, conceding five goals in their last two matches.

Borussia Dortmund head into Wednesday’s clash as favourites among the bookies with SBK offering 11/18 for a victory. Besiktas are outsiders at 24/5 with SBK while a draw is set at odds of 17/5 with BetVictor.

Besiktas often find it difficult against Europe’s elite and given Dortmund’s experience in navigating the group stage of the Champions League, I am leaning towards a win for the Germans.

This will be the first ever meeting between Besiktas and Dortmund.

Michy Batshuayi has had a solid start to life with Besiktas and could be worth keeping an eye on. The Belgian striker netted a brace last time out and is priced at 14/5 with Sport Nation to score anytime.

As always Erling Haaland will be the one to watch for Dortmund having scored five goals already this season. The Norwegian striker was the top scorer in the Champions League last season and is valued at 8/13 by Paddy Power to get off the mark.

Besiktas and Dortmund have shown their quality in attack this season and could be backed to produce goals on Wednesday. Over 3.5 goals is priced at 17/12 by SBK while both teams could be tipped to score at 14/19 with Sport Nation.

This UEFA Champions League match between Besiktas and Borussia Dortmund will be played on Sep 15, 2021 and kick off at 17:45. Check below for our tipsters best Besiktas vs Borussia Dortmund prediction. You may also visit our dedicated betting previews section for the most up to date previews.