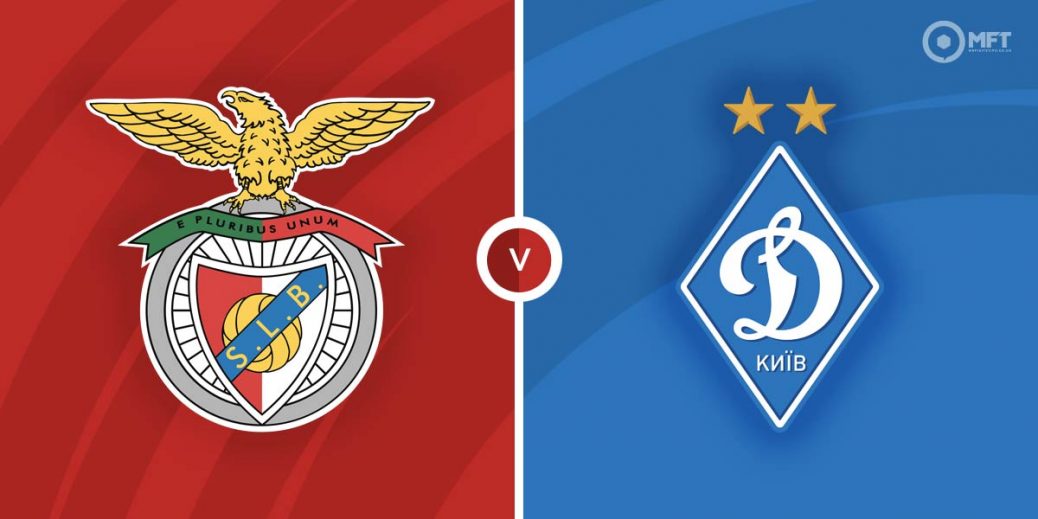 Benfica are in need of a win to stand a chance of progressing from Group E of the UEFA Champions League. They face Dynamo Kiev in their final fixture and will be confident of securing all three points on Wednesday.

There is only second place up for grabs in Group E with Bayern Munich already guaranteed top spot. Sitting third on the standings, Benfica need a win on Tuesday but will also require a favour from the Germans to secure their place in the round of 16.

Benfica did not have the best warmup for Tuesday’s clash as they were beaten 3-1 by local rivals Sporting CP in a Primeira Liga fixture last weekend. That was their first defeat in five matches.

Despite that result they have a decent record at home and will still be full of confidence heading into Wednesday’s clash. Jorge Jesus’ men have won two of their last three home matches and have also beaten Barcelona 3-0 at the Estadio da Luz.

Dynamo Kiev warmed up for the trip to Benfica with a 3-0 victory over Veres Rivne in a Ukrainian Premier League fixture last Saturday. Benjamin Verbic netted a brace while Viktor Tsygankov added the third in the second half.

It has been a poor Champions League campaign for Dynamo Kiev, who have failed to claim a single win in the competition. They have no chance of making even the Europa League and are set to finish bottom of the group.

Dynamo Kiev’s heaviest defeat in the Champions League has come on the road as they were beaten 5-0 by Bayern Munich.

Benfica have the upper hand among the bookies and are priced at 19/50 by novibet. A victory for Dynamo Kiev is valued at 10/1 by Unibet while a draw is set at odds of 23/5 by SBK.

Benfica have never lost to Dynamo Kiev, doing the double during the 2016/17 Champions League before the 0-0 draw in the reverse fixture this season.

Benfica have been led in the Champions League by Darwin Nunez, who has three goals in the competition. The striker could be worth considering to score anytime at 11/10 with QuinnBet.

Dynamo Kiev’s Viktor Tsygankov carries a major goal threat from midfield and has found the net 11 times this season. He has also scored in his last two matches and is priced at 36/5 by SBK to get on the score sheet.

There has been over 3.5 goals in Benfica's last four home matches and a repeat could be on the cards at 15/8 with Paddy Power. The Portuguese team are expected to claim a comfortable victory and could be backed in the -1 handicap market at 21/20 with novibet.

Both teams often come to life after the break and could be tipped to produce BTTS in the second half at 14/5 with BoyleSports.

This UEFA Champions League match between Benfica and Dynamo Kiev will be played on Dec 8, 2021 and kick off at 20:00. Check below for our tipsters best Benfica vs Dynamo Kiev prediction. You may also visit our dedicated betting previews section for the most up to date previews.