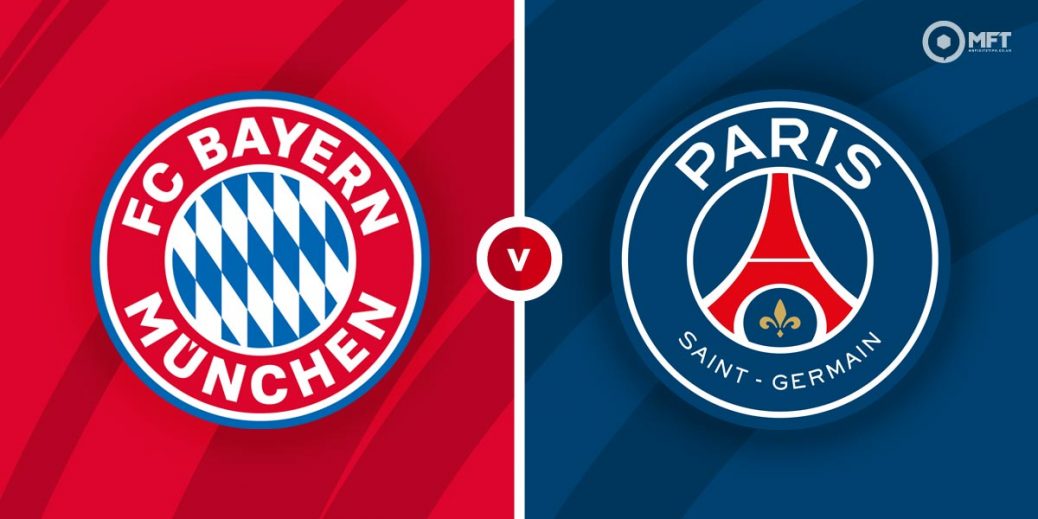 IN a rematch of last season's Champions League final, reigning champions Bayern Munich and PSG lock horns at the quarter-final stage of this year's competitions.

The Parisians came closer than they ever have before to lifting that elusive Champions League trophy last season, with the French heavyweights losing out to Bayern at the final hurdle.

As such, Mauricio Pochettino's men will be on a revenge mission when they pitch up in Munich this midweek, not to mention PSG will be hurting after suffering a damaging 1-0 defeat at home to Ligue 1 title rivals Lille on Saturday.

Indeed, PSG brilliantly dismantled Barcelona at the Camp Nou in the round of 16, but a trip to the Allianz Arena will represent a serious upgrade on previous challenges.

Hanse Flick's star-studded side made light work of Lazio in the last round, with the reigning European champions one again demonstrating that they remain the team to beat at home and abroad.

Last time out, the Bavarians took a significant stride in their quest for ninth successive Bundesliga crown with a 1-0 win at RB Leipzig, a result that means the German title race already looks like a formality with seven rounds of fixtures left to play.

Bayern Munich have won each of their last seven matches and a home win here is priced up at 9/10 with BetVictor.

PSG have avoided defeat in each of their last five Champions League fixtures but the visitors are the unfancied underdogs here at 11/4 with TonyBet, with the draw trading at 29/10 with the same firm.

Bayern's big red juggernaut rolled on without Robert Lewandowski last weekend and I fancy the German giants to take control of this quarter-final first-leg tie.

Indeed, Lewandowski is a key cog in Bayern Munich's winning machine, but Hansi Flick's side have goals in abundance even in the absence of the prolific Pole.

What's more, the Bavarians have avoided defeat in each of their last 19 Champions League outings, winning an eye-watering 18 of those fixtures.

PSG, on the other hand, have lost twice already in the Champions League this season and they have conceded at least one goal in six of their eight European encounters this term.

With that in mind, coupled with the fact that Bayern have made the net bulge at least twice in each of their last eight Champions League home matches, I'll happily take a chance on the hosts here at 9/10 with BetVictor.

I'll also dip into PaddyPower's featured bet market and take the 4/5 on offer for each team to take a corner in each half and for each side to see at least one card.

Given the wealth of attacking talent that will be on display, I'm happy to proceed with each team to hit a corner either side of the interval here, but in order to boost up the price, I'll throw in a card apiece.

Last year's final yielded a whopping eight cards and whilst I'm not expecting sparks to fly to that extent in Bavaria, one booking each should go close given what's at stake in this mega match.

This UEFA Champions League match between Bayern Munich and PSG will be played on Apr 7, 2021 and kick off at 20:00. Check below for our tipsters best Bayern Munich vs PSG prediction. You may also visit our dedicated betting previews section for the most up to date previews.