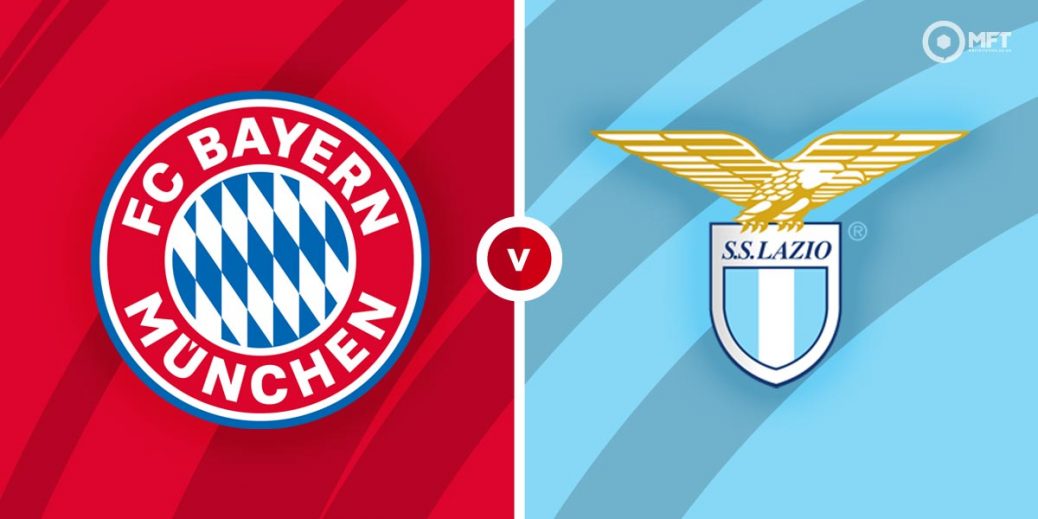 BAYERN MUNICH conquered Lazio in Rome last month and the German giants will look to finish the job at the Allianz Arena on Wednesday night.

Hanse Flick's team have a huge 4-1 lead going into this second-leg showdown, with the reigning European champions one again demonstrating that they remain the team to beat at home and abroad.

Last time out, Bayern Munich brushed aside Werder Bremen 3-1, on a weekend where the Bavarians extended their lead over RB Leipzig at the top of the Bundesliga.

Lazio, meanwhile, were outclassed by Bayern in the first-leg and as such it's hard to see any way back Simeone Inzaghi's side on Wednesday night.

The Eagles ended a three-game losing streak with a hard-fought 3-2 win over Serie A struggles Crotone last Friday.

That triumph breathed some much-needed life into Lazio's faltering top-four bid but they face an uphill struggle in Germany this midweek.

Bayern Munich have avoided defeat in each of their last 18 Champions League matches and the hosts are red-hot favourites here at 4/11 with UniBet.

Lazio have won only one of their last 10 Champions League away matches and the Italians are unsurprisingly the unfancied underdogs here at 8/1 with Bet 365 and the stalemate pays 19/4 with the same firm.

The bookmaker's prices for this match unsurprisingly suggest that this will be a one-sided affair but backing the hosts to overcome a -1.5 start on the asian handicap could be the way to go at 19/20 with Bet 365.

Here we would require Bayern to win the game by a two goal winning-margin, a handicap that the German heavyweights have overcome in each of their three European assignments at the Allianz Arena this season.

In fact, Bayern's big red machine have made the net bulge 22 times in seven Champions League outings this season and they have scored two or more goals in all but one of those continental clashes.

What's more, Flick's star-studded side are averaging 2.96 goals per game in the Bundesliga this season, a figure that increases to a whopping 3.8 when playing at their Bavaria base.

With that in mind, coupled with the fact that Lazio have shipped 14 goals across their last six matches, I'll happily back Bayern with a -1.5 start on the asian handicap on Wednesday night.

That being said, Bayern's defensive problems have been consistent throughout this campaign and that could see value lie with the 13/8 on offer with PaddyPower on Bayern Munich to win and both teams to score

It's a betting angle that has banked in each of Bayern's last four matches – including the reverse fixture in Rome – not to mention, BTTS backers would have been rewarded in 20/25 Bayern Munich Bundesliga fixtures this season so far.

Lazio, on the other hand, are regularly involved in goal-heavy games themselves and I reckon the Italians could be worth a consolation strike here at a tempting price.

This UEFA Champions League match between Bayern Munich and Lazio will be played on Mar 17, 2021 and kick off at 20:00. Check below for our tipsters best Bayern Munich vs Lazio prediction. You may also visit our dedicated betting previews section for the most up to date previews.