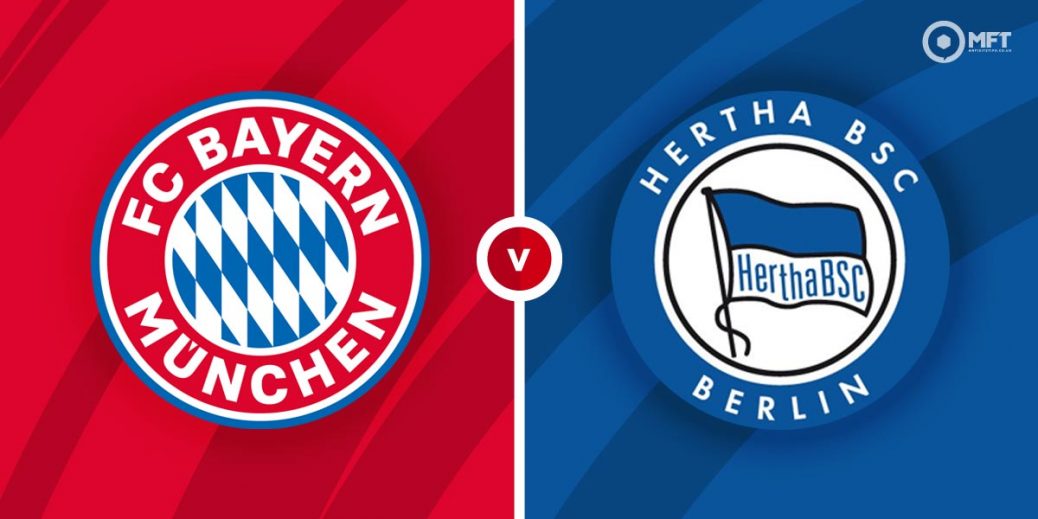 Despite a few early season stumbles, Bayern Munich's title defence appears to still be on track as they host Hertha Berlin in a German Bundesliga fixture. The Allianz Arena is always a fortress for the Champions and they are expected to ease past Hertha Berlin, who are winless this season.

After a slight stumble in their opening fixture of the season, Bayern Munich appear to be slowly getting into their stride having won their last three matches across all competitions. They claimed a 3-1 victory over Dortmund to win the DFL Cup before beating Cologne 3-2 in their previous Bundesliga fixture.

Julian Naglesmann's men were also victorious in the DFB Pokal in midweek as a much-changed side triumphed 12-0 over fifth tier Bremer. The goals have also flowed freely for Bayern Munich, who have found the net 18 times in their last three matches across all competitions.

With closest challengers Dortmund and RB Leipzig looking unconvincing at the start of the season, Bayern Munich will be looking to steal an early march on their rivals. The one problem for the champions is their defence, which has conceded in their two Bundesliga fixtures this season.

Hertha Berlin battled relegation last season and finished just four points above the drop zone. They spent much of the campaign in the bottom half of the table and appear to have picked up where they left off this term.

Pal Dardai’s men have lost their opening two fixtures this season, starting with a 3-1 defeat to Cologne. They followed that up with a 2-1 loss at home to Wolfsburg with Dodi Lukebakio’s opener from the spot cancelled out by the visitors.

Hertha Berlin also appear to still have their defensive problems from last season and have conceded five goals already this season. They seem unable to hold on to leads, going in front in their two matches this season and getting pegged back both times.

The bookies have Bayern Munich as overwhelming favourites with a home win priced at 21/100 with novibet. An unlikely victory for Hertha Berlin is valued at a massive 14/1 with William Hill while bet365 is offering odds of 8/1 for a draw.

Bayern Munich are unbeaten in the last six matches against Hertha Berlin. They claimed a 4-3 victory in their last meeting at the Allianz Arena with Robert Lewandowski scoring all four goals for the Bavarians.

Robert Lewandowski has scored in his last three appearances for Bayern Munich and is priced at 4/13 by SBK to score anytime. Two of those goals have been the openers and the striker could also be backed to score first on Saturday at 79/40 with the same firm.

Strikers Dodi Lukebakio and Stevan Jovetic have gotten the goals for Hertha Berlin this season and will be the ones to watch. Lukebakio is priced at 4/1 to score anytime by bet365, who are also offering 10/3 on Jovetic in the same market.

Bayern Munich have seen over 3.5 goals in both their Bundesliga matches this season and Saturday’s clash is likely to follow a similar pattern at 73/100 with novibet. The Champions could also be tipped to earn a win and over 3.5 goals at 5/6 with Paddy Power.

Robert Lewandowski scored four goals in the last meeting between both teams at the Allianz Arena and could be backed to score two or more goals at 6/4 with BetVictor. With Bayern Munich expected to claim a comfortable victory, they could be tipped to win both halves at 13/10 with Red Zone.

This German Bundesliga match between Bayern Munich and Hertha Berlin will be played on Aug 28, 2021 and kick off at 17:30. Check below for our tipsters best Bayern Munich vs Hertha Berlin prediction. You may also visit our dedicated betting previews section for the most up to date previews.