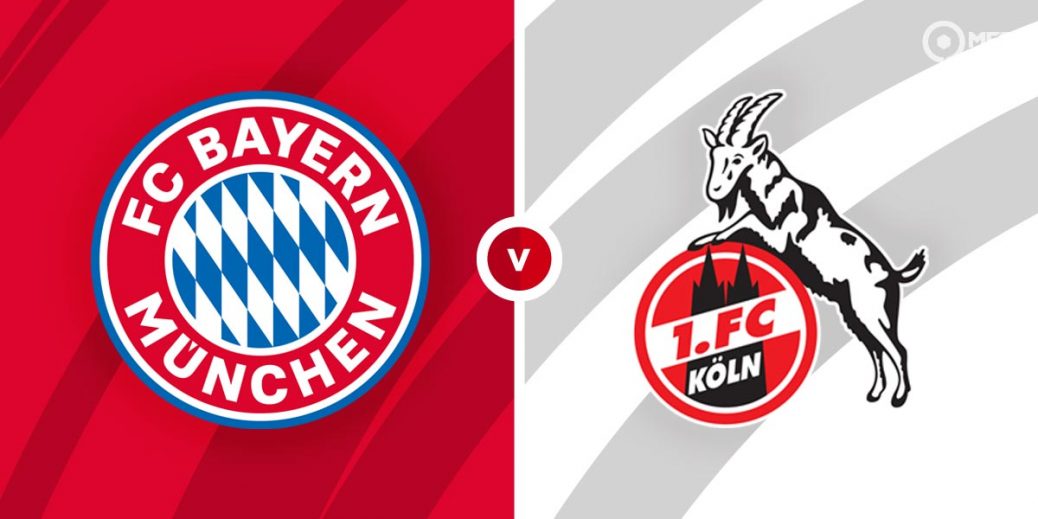 Bayern Munich are seeking their first German Bundesliga win of the season as they host Cologne at the Allianz Arena. They will be looking to kick on from their German Super Cup win on Tuesday and with Robert Lewandowski already in fine form, should have too much for Cologne.

Bayern Munich are coming off a 3-1 victory over Borussia Dortmund in the German Super Cup. Robert Lewandowski netted a brace while Thomas Muller was also on target as new manager Julian Naglesmann secured a trophy in only his second competitive match in charge.

It was a good way to bounce back from the 1-1 draw at Borussia Monchengladbach in their opening Bundesliga fixture. Having been away from home in their opening fixture, Bayern Munich will be returning to the Allianz Arena, where they were unbeaten throughout last season.

Bayern Munich tend to score plenty of goals at the Allanz Arena, beating Borussia Monchengladbach 6-2 and Augsburg 5-2 in their last two home matches in Bundesliga. Another positive for the hosts is Robert Lewandowski’s early season form having scored three goals in his last two matches.

Cologne travel to Bayern Munich off the back of a 3-1 victory over Hertha Berlin in their opening fixture. They recovered from a slow start with Anthony Modeste getting the equaliser just before the break while Florian Kainz added two goals in the second half.

Steffen Baumgart's men have made a positive start to the season with a penalty shootout victory over lower league side Carl Zeiss Jena in the DFB Pokal preceding the win over Hertha Berlin. However, they face a difficult task against Bayern Munich, who are seeking their first win of the season.

Bayern Munich have been installed as overwhelming favourites and are priced at 2/13 by SBK to claim the win. A victory for Cologne is valued at 21/1 by the same firm while a draw is set at odds of 10/1 by bet365.

Buoyed by their victory in the German Super Cup, Bayern Munich should have too much for Cologne and are expected to claim a comfortable victory.

Bayern Munich have the upper hand in this fixture with 49 wins from 95 previous matches. Cologne have claimed 22 victories while there have been 24 draws between both teams.

Bayern Munich have won seven of their last eight matches against Cologne and claimed a 5-1 victory in the most recent meeting at the Allianz Arena with Robert Lewandowski scoring a brace.

Bayern Munich striker Robert Lewandowski has scored 14 goals in 15 matches against Cologne, including a brace in last season clash at the Allianz Arena. They Polish striker already has three goals this season and is priced at 3/10 with BetVictor to score anytime while the first goal is set at odds of 7/4 with Unibet.

Striker Anthony Modeste is already off the mark for Cologne this season and is valued at 6/1 with Paddy Power to score anytime. Midfielder Florian Kainz netted a brace in the opening fixture and could also be considered in the same market at 17/2 with Betfred.

Bayern Munich earned a 5-2 victory the last time they hosted Cologne and with another comfortable victory expected, they could be backed in the -2 handicap market at 21/20 by Red Zone. The Champions are also likely to win both halves at 11/10 with Sport Nation.

Following his brace in the German Cup, Robert Lewandowski could be tipped to score two or more goals at 6/4 with BetVictor.

This German Bundesliga match between Bayern Munich and FC Cologne will be played on Aug 22, 2021 and kick off at 16:30. Check below for our tipsters best Bayern Munich vs FC Cologne prediction. You may also visit our dedicated betting previews section for the most up to date previews.