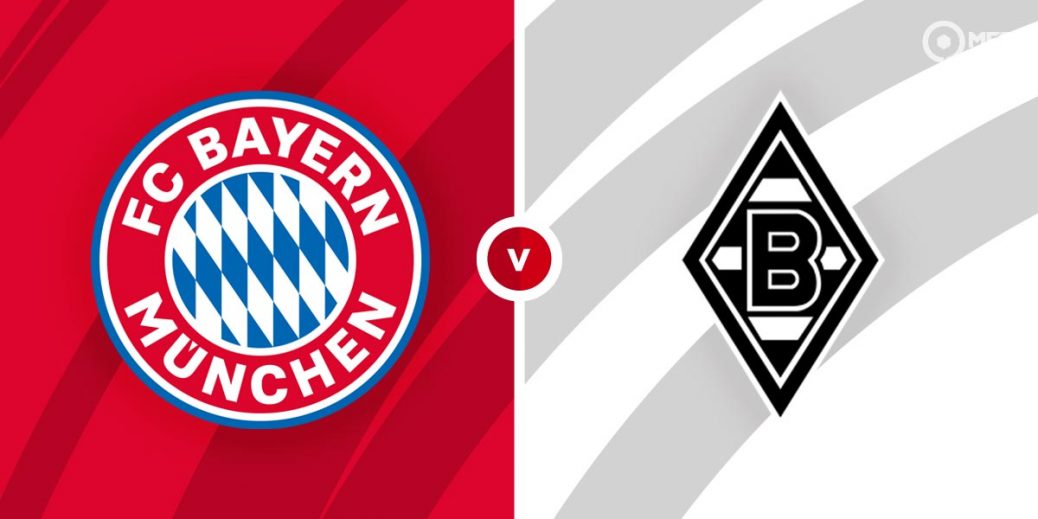 Borussia Monchengladbach will look to keep alive their continental hopes when they travel to the Allianz Arena for a German Bundesliga clash against Bayern Munich. Monchengladbach have been dangerous opponents to Bayern in recent times but the champions know a win would clinch the title.

Bayern Munich had to put the champagne on ice after a 2-1 defeat at Mainz delayed their Bundesliga title celebrations. The went two goals down in the first half and laboured for much of the contest before Robert Lewandowski pulled one back on the stroke of 90 minutes.

The Bavarians have not been at their usual dominant selves this season having crashed out in the UEFA Champions League and DFB Pokal. They can only win the Bundesliga this term and can clinch their 31st title with a win on Saturday.

Manager Hansi Flick will be pleased to have the chance to win the title on their own turf where they are usually dominant. They have won 20 of their last 25 home matches and defeated Bayer Leverkusen 2-0 in their last fixture at the Allianz Arena.

Borussia Monchengladbach were rampant last time out the Bundesliga as a brace from Breel Embolo helped them to a 5-0 victory over Arminia Bielefeld. Alassane Plea, Ramy Bensebaini and Marcus Thuram were also on target in a dominant win.

Sitting four point behind Bayer Leverkusen in the final Europa League spot, Monchengladbach will hope to build some traction in the final days of the season to keep their continental dream alive. However, they are often unpredictable and head to the Allianz Arena with just four wins in their last 13 Bundesliga matches.

Manager Marco Rose has seen his side struggle on their travels lately with just one win in their last eight away matches. They suffered a 3-1 defeat to Augsburg in that run and were also beaten 3-1 by Hoffenheim in their previous outing on the road.

Bayern Munich are overwhelming favourites among the bookies and Vbet is offering 5/12 for a home win. A victory for Monchengladbach is valued at 34/5 by SBK while a draw is set at odds of 23/5 by William Hill.

The Bavarians have the extra motivation of clinching the title on Saturday and should ease past Monchengladbach.

Bayern Munich have the upper hand in this fixture with 53 wins from 108 previous matches. Borussia Monchengladbach have been victorious 26 times while both teams have battled to 29 draws.

Monchengladbach have held their own in recent matches and claimed a 3-2 victory in the reverse fixture back in January. However, Bayern Munich triumphed 2-1 in the last meeting at the Allianz Arena.

Robert Lewandowski returned from injury with a goal last time out and will be the one to watch for Bayern Munich. The Polish striker is priced at 4/9 by Skybet to score anytime while the first goal is set at odds of 23/10 by Unibet.

Breel Embolo, Marcus Thuram and Alassane Plea have all been among the goals lately and could be worth keeping an eye on for Monchengladbach. Skybet has Embolo and Plea at 10/3 to score anytime while Thuram is priced at 18/5 by Betfred in the same market.

The reverse fixture produced over 4.5 goals and SBK is offering 19/10 for a similar outcome. Over 3.5 goals is priced at 83/100 by novibet while Bayern could be tipped to score 3 or more goals at 5/6 with Skybet.