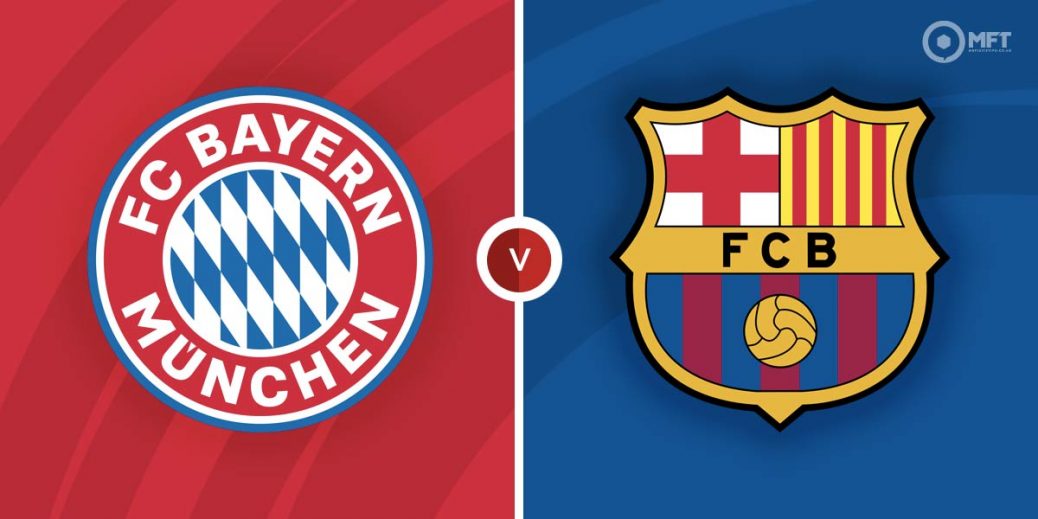 BARCELONA have recovered from a nightmare start to their Champions League campaign but still face the prospect of an early exit if they lose to runaway Group E leaders Bayern Munich.

A 3-0 thrashing by Bayern in the Nou Camp showed how far Barca had fallen behind the Euro elite after a chaotic summer of financial turmoil and the loss of talisman Lionel Messi.

Benfica piled on the misery with another 3-0 defeat at the Stadium of Light and the Portuguese giants can now knock Barcelona out of the Champions League if they beat Dynamo Kiev and the Catalans crash in Munich.

The arrival of club legend Xavi as boss has lifted spirits a little but he suffered his first loss at the weekend as Real Betis came to the Nou Camp and won 1-0.

It was a much better weekend for Bayern Munich as they claimed a controversial 3-2 victory over Dortmund, bringing up a brilliant full house for our man Tolu.

Bayern have won 18 of their 22 games in all competitions this season and another victory here would complete a perfect group stage campaign.

They were streets ahead of Barca when these sides last met but Xavi's men need the result more in this clash so it will be fascinating to see how things pan out.

Despite having nothing to play for, Bayern are heavy favourites at a best 8/11 with William Hill. Barcelona are 15/4 at Coral while the draw pays 4/1 at Unibet.

These heavyweights have slugged it out 12 times before and it's Bayern who have hit the hardest, winning eight of those games and losing just twice.

The last three meetings have all ended in victories to the German giants, including an 8-2 thrashing in August 2020 (below) as part of Bayern's surge to Euro glory.

I'd be surprised if Julian Nagelsmann fielded his strongest Bayern team as it's a dead rubber for them. Young winger Jamal Musiala should get another chance to shine and he's a tempting 14/5 with Coral for anytime scorer. McBookie also price him at 3/1 for an assist and that might be a wiser option.

Memphis Depay (below) has shouldered the burden for Barca goals this term and looks their best bet again in Munich. The Dutchman is 32/19 with SBK for anytime scorer which looks decent value.

This should be another thriller as Barcelona need to go for the win and Bayern can be devastating on the counter attack. But both teams to score is terrible value at a best 10/21 ( SBK) and you need to go to over 3.5 goals to get above evens at 26/25 with Novibet.

But over 1.5 first-half looks better value at 11/10 with Coral while Bet365 are offering the same odds on Bayern scoring in both halves.

With so much on the line for Barca it could pay to back some of their players for bookings and Sergio Busquets is decent value at 13/8 with Bet365 to be carded.

This UEFA Champions League match between Bayern Munich and Barcelona will be played on Dec 8, 2021 and kick off at 20:00. Check below for our tipsters best Bayern Munich vs Barcelona prediction. You may also visit our dedicated betting previews section for the most up to date previews.