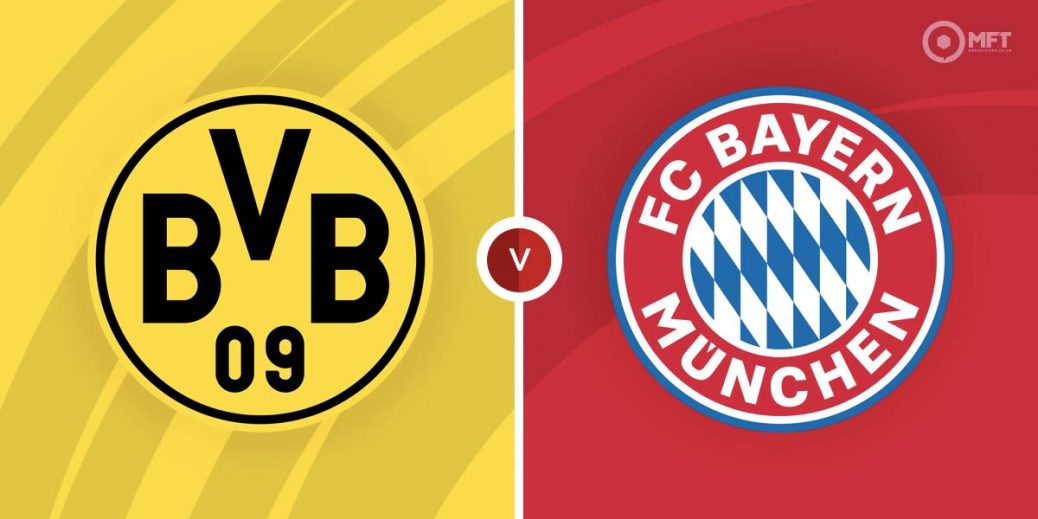 It is the battle of the top two as Borussia Dortmund host Bayern Munich in a Bundesliga fixture on Saturday. Dortmund have been one of the form teams in the German topflight in recent weeks but tend to struggle against the champions and could be in for a difficult time.

Following a slow start to the season, Borussia Dortmund have played their way back into title contention. They are now up to second on the table, just one point off the pace having won five of their last six Bundesliga matches.

Manager Marco Rose appears to have turned the Signal Iduna Park into a fortress this season as they are currently have a 100% home record. The last time Dortmund failed to win at home was last season’s 2-1 defeat at Eintracht Frankfurt back in April.

Borussia Dortmund fought back from a goal down to claim a 3-1 victory at Wolfsburg in their previous Bundesliga fixture. They were given a major boost as Erling Haaland marked his return from injury with the third goal.

Things are looking tight at the top of the Bundesliga and Bayern Munich will go into Saturday’s clash looking to put some daylight between themselves and the chasing pack. They edged out Arminia Bielefeld 1-0 last time out with Leroy Sane’s effort midway through the second half proving to be the difference.

While it has not been a typically dominant campaign for Bayern Munich, they often find a way to ease past the teams closest to them on the table. Among their results this season is a 5-1 victory at Bayer Leverkusen, who were level on points with the champions at the time.

Although they suffered a surprise 2-1 defeat to Augsburg in their previous away fixture, Bayern still have one of the best records on the road this season. Julian Naglesmann’s men travel to Dortmund with four wins from their last five away matches in the Bundesliga.

Bayern Munich have the edge among the bookies and are priced at 7/8 by betway to claim the win. Vbet is offering 45/16 for a Borussia Dortmund victory while a draw is set at odds of 10/3 by MansionBet.

Recent meetings between Borussia Dortmund and Bayern Munich have been one-sided with the champions winning the last six matches. The Bavarians have already beaten their rivals this season, claiming a 3-1 victory in the German Super Cup back in August.

Borussia Dortmund found a way to cope without Erling Haaland but the striker’s return will be a major boost for the team. He has 10 goals in just seven appearances this season and is priced at 10/11 with Betfred to find the net on Saturday.

Robert Lewandowski was not on target last time out but still remains the Bundesliga top scorer with 14 goals in 13 matches. The Polish striker has scored eight goals in his last six matches against Dortmund, including a brace in the Super Cup and is priced at 4/7 by Skybet to get on the score sheet.

Borussia Dortmund and Bayern Munich have produced over 3.5 goals in their last four meetings and a similar outcome is priced at 41/50 by novibet. There has been first half BTTS three times in that run and a repeat is priced at 2/1 by bet365.

Robert Lewandowski has two or more goals in each of his last two appearances against Borussia Dortmund and that scoring run could be tipped to continue at 13/5 with Skybet.