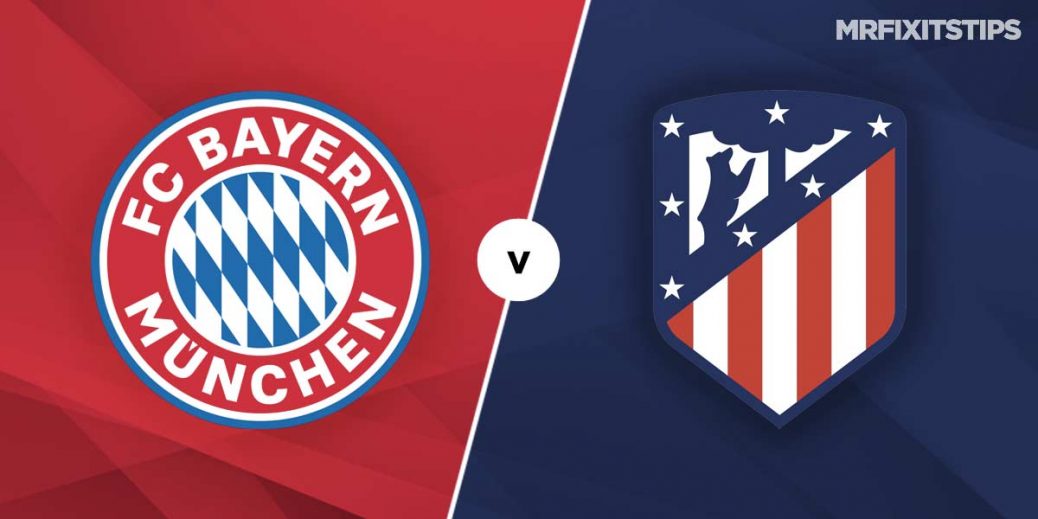 BAYERN MUNICH were Europe's best team by a distance last season but begin the defence of their Champions League crown with a tough test as Atletico Madrid come to the Allianz Arena.

The Bundesliga champions smashed seven past Spurs then hit Red Star Belgrade for six in last year's group stage – and they were only just getting warmed up.

In the knockout stage, Chelsea were battered 7-1 on aggregate, before Barcelona were humiliated 8-2 in a one-off quarter-final then Lyon dismissed 3-0 in the semis.

The final was tighter as Hansi Flick's men saw off PSG 1-0, busting the coupon of our man Slips Tips, but nobody could deny Bayern were worthy champions and they have fired out a warning by strengthening their squad this summer, with Leroy Sane the marquee signing.

They began the new Bundesliga season by thrashing Schalke 8-0 and the only blot so far this term has been a shock 4-1 loss at Hoffenheim.

Atletico Madrid are unbeaten after four games in La Liga, winning two, and remain one of the toughest teams in Europe to break down.

Diego Simeone's side have arguably underachieved in the last two seasons, ending up empty handed when city rivals Real and Barcelona were there for the taking during periods of upheaval.

They have boosted their firepower by snapping up Luis Suarez from Barcelona but the sale of Thomas Partey to Arsenal has left a hole in their midfield.

It's no great surprise to see Bayern as odds-on favourites and their best price is 4/7 at Betfred. But Atletico look overpriced at 5/1 with Unibet given the game is being played behind closed doors and home advantage doesn't count as much. The stalemate pays 18/5 with the same firm.

There hasn't been much between these sides in Europe, with Bayern winning three of their meetings and Atletico two. They've met four times in the Champions League and each match has ended in a home win. The last of those games was a 1-0 win for Bayern in Munich back in December 2016 (below).

Robert Lewandowki's red-hot form has continued into the new season with the Pole hitting 10 goals in his first eight games for club and country. He's a best 4/6 with BetVictor for anytime scorer but is 5/2 at Boylesports to break the deadlock and a tempting 15/2 with Skybet to score a header.

Suarez (below) has made a decent start to his Atletico career with three goals in his first four games. He has a point to prove after being binned by Barca and is 13/5 with 888Sport for a goal in Munich.

It's tempting to go for goals whenever Bayern are in action but they are up against arguably the meanest defence in Europe, with Atletico conceding just once this season. The last two meetings of these sides have also been settled by a single strike so I'm tempted to back under 2.5 goals at 13/10 with Unibet.

Backing Atletico players to be carded could be a good tactic as they will try everything to frustrate Bayern. Stopper Stefan Savic is 7/2 with Bet365 for a card while right-back Kieran Trippier is bigger at 7/1.

This UEFA Champions League match between Bayern Munich and Atletico Madrid will be played on Oct 21, 2020 and kick off at 20:00. Check below for our tipsters best Bayern Munich vs Atletico Madrid prediction. You may also visit our dedicated betting previews section for the most up to date previews.