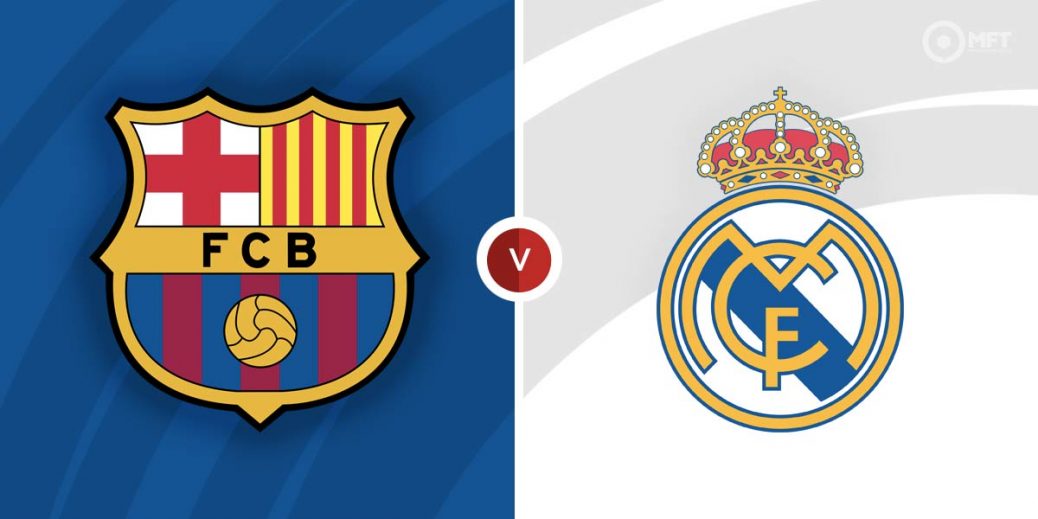 IT'S an El Clásico like no other on Wednesday as Real Madrid and Barcelona prepare to lock horns in Saudi Arabia in the Spanish Super Cup semi-final.

The competition includes the winners and runners-up of La Liga and the Copa del Rey and the winners of this tie will meet either Athletic Bilbao or Atletico Madrid, with the final set to take place on Sunday night.

Why is it being played in the Gulf? The Spanish FA signed a ten-year deal with the Saudis which reportedly pumped 320 million euros into their account. so they can probably deal with the human rights criticism.

All of which is of little interest to punters who will be fascinated to see how this pans out in Riyadh between a Real side who lead La Liga and a Barca side trailing 17 points behind them and who are in an embarrassing sixth place.

Madrid took care of business with a 4-1 thumping of Valencia at the weekend after a shock defeat at Getafe – their first league loss since October – the previous week.

Barca could only draw with Granada, but can at least claim to be unbeaten in six games in all competitions.

Real Madrid have already defeated Barcelona this season at the Nou Camp in a 2-1 success as can be seen below. In fact, Madrid have won the last four meetings of the sides.

Karim Benzema is arguably the best striker in the world at the moment and scored a double at the weekend to take his tally to 25 goals in 30 appearances for club and country and more importantly, to 300 goals for Real. He also takes the penalties and the 10/11 with bet365 for him to score looks a fair investment.

Luuk de Jong has picked up after a somewhat disappointing season and has netted in his last two games. He's 2/1 to score in Riyadh.

Taking into account the usual availability issues on both sides, if they go as strong as they can, there should only be one winner and anything approaching evens makes the capital side very backable.

Barca's season from hell has been well documented and they struggle badly at the back. They have managed to keep just one clean sheet in their last nine games and that was in Mallorca.

That should make goals an option on both sides and the 7/4 for over 2.5 goals and a Madrid win with bet365 is very tempting.

This Spanish Super Cup match between Barcelona and Real Madrid will be played on Jan 12, 2022 and kick off at 19:00. Check below for our tipsters best Barcelona vs Real Madrid prediction. You may also visit our dedicated betting previews section for the most up to date previews.