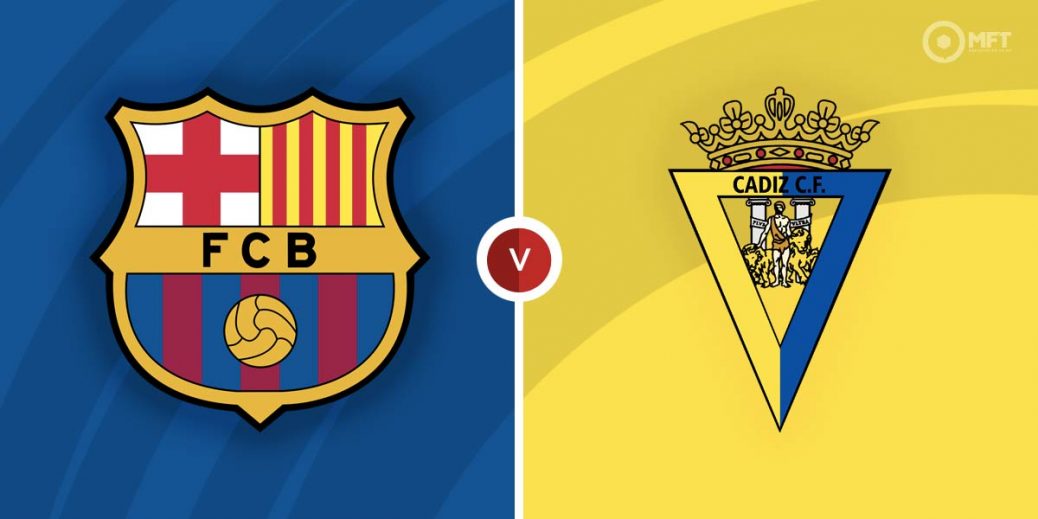 After crashing out of the Europa League, Barcelona will turn their attention to domestic matters and strengthening their grip on second place in La Liga. They host relegation threatened Cadiz on Sunday and should be too good for the troubled visitors.

Barcelona will head into this round of La Liga matches with some disappointment after crashing out of the UEFA Europa League. They failed to build on a 1-1 draw in the first leg against Eintracht Frankfurt and were beaten 3-2 at home on Thursday.

The Catalans will now turn their attention to maintaining their good form in La Liga, where they are unbeaten this year. Xavi’s men have won nine of their last 10 league matches and claimed a 3-2 victory over Levante in their previous fixture.

Thursday’s defeat aside, Barcelona have been generally solid at home in recent weeks, winning their last five La Liga matches. A 4-2 victory over Atletico Madrid is among their results in that run while they also triumphed 1-0 over Sevilla in their previous fixture at Camp Nou.

Cadiz have a totally different fight on their hands as they are attempting to escape relegation. They are currently in the bottom three and are one point from safety with seven matches left to play.

Cadiz have claimed just two wins from their last nine La Liga matches. They suffered a 2-1 home defeat to Real Betis in their previous fixture despite taking the lead through Ivan Alejo.

Cadiz have found things difficult on their recent travels, claiming just one win from their last nine away matches. Sergio Gonzalez’s men have also struggled for goals lately, scoring just once in their last three La Liga fixtures on the road.

The bookies have Barcelona as overwhelming favourites with a home win priced at 3/13 with SBK. An unlikely victory for Cadiz is valued at 14/1 by William Hill while a draw is set at odds of 32/5 by SBK.

Barcelona have a 2-1 edge with two draws from five previous matches with Cadiz. Both teams played out a 0-0 draw in the reverse fixture back in September.

As always Pierre Emerick-Aubameyang will be the one to watch for Barcelona having scored eight goals in nine La Liga matches since moving to Camp Nou in January. Unibet has the striker at 8/11 to score anytime on Monday.

Barcelona have kept clean sheets in their last three home matches in La Liga and given Cadiz’s goal scoring problems on their travels, will be targeting a repeat. Eric Garcia and Ronald Araujo should continue in central defence and can lead the Catalans to another clean sheet at 8/11 with Coral.

Barcelona’s attacking quality means they have claimed one-sided home wins in recent times and could be tipped in the -2 handicap market at 7/4 with Paddy Power. They have scored in both halves in four of their last five home matches in La Liga and Sunday’s clash could be tipped to follow a similar pattern at 5/6 with BoyleSports.

Four of Pierre Emerick-Aubameyang's eight goals for Barcelona have been the opener and the striker could be backed to score first on Sunday at 12/5 with SBK.

This La Liga match between Barcelona and Cadiz will be played on Apr 18, 2022 and kick off at 20:00. Check below for our tipsters best Barcelona vs Cadiz prediction. You may also visit our dedicated betting previews section for the most up to date previews.