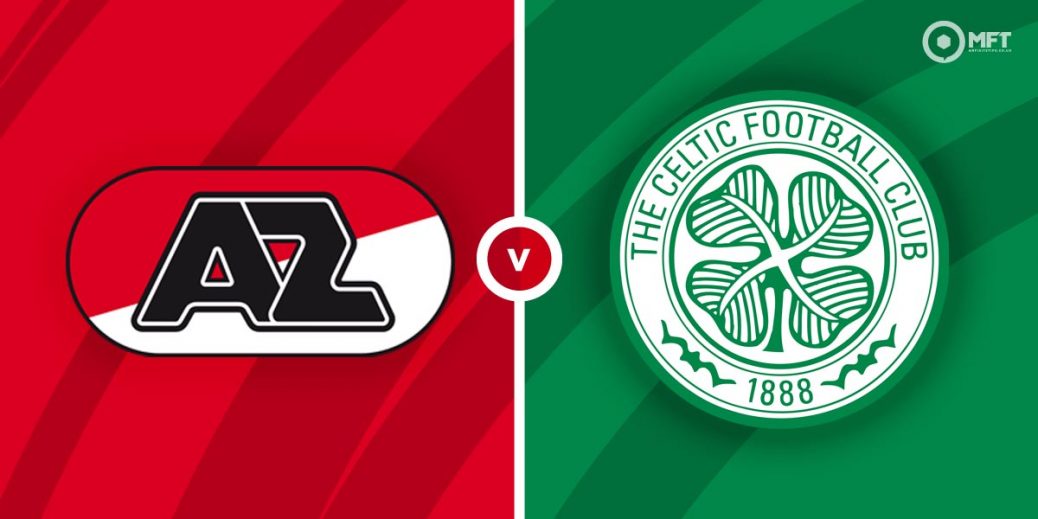 CELTIC are firmly in the driving seat ahead of their Europa League second-leg play-off tie with AZ Alkmaar at the AFAS Stadium on Thursday night.

The Hoops took a huge step towards the group stage with an impressive 2-0 first-leg win in Glasgow last midweek, on a night where my team goals tip trapped.

Ange Postecoglou's side are demonstrating marked improvement after their shaky start to the season and last week's win over AZ was a further indication of their upward progression.

The Parkhead outfit warmed up for this crunch qualifier by dishing out a 6-0 drubbing to St Mirren on Saturday, another Bhoys bout which brought up one of recommended bets.

AZ Alkmaar, meanwhile, were afforded the weekend off by the Dutch FA as they prepare to try and salvage their Europa League campaign.

Pascal Jansen and Co will draw confidence from their current 13-game unbeaten streak on home soil but the Dutch side face the uphill task of overturning a 2-0 first-leg defeat against free-scoring Celtic.

AZ have failed to win any of their last five continental clashes but the Eredivisie hosts head into this second-leg showdown as 23/20 favourites at Bet 365.

Celtic have won each of their last six matches across all competitions but the bookies odds suggest that sequence will be snapped on Thursday night, with another Hoops triumph trading at 17/10 (William Hill) while the draw is priced up at 13/5 with the same firm.

The bookies are finding it hard to separate the teams I'm going to steer clear of the 1×2 market and instead head to William Hill's Build Your Odds feature.

Combining Celtic with a +1 start on the handicap, over zero Celtic goals and each team to see at least one card brings about a nice looking 17/20 (William Hill) shot.

Celtic have rediscovered their mojo in recent weeks, winning six games on the spin and racking up a whopping 24 strikes in the process.

In fact, fast-improving Celtic have notched in each of their 10 competitive contests under new boss Postecoglou's watch and I fancy the Scottish giants to extend that sequence in north Holland on Thursday night.

With that in mind, I'll combine the Hoops to hit the back of the net alongside a +1 start on the handicap, but in order to boost the price up, I'll also throw in each team to collect a minimum of one card.

Last week's first-leg in Glasgow yielded a collective total of just three cards but with a nervy, high-stakes second leg showdown anticipated here, I suspect that figure will increase in the return match.

What's more, we also have a strict referee in Tiago Martins who averaged 4.9 cards per game last season, not to mention the Portuguese whistler has flashed 10 cards across two outings this term so far.

Backing each team to collect two or more cards pays 5/6 (Bet 365) but adding in over zero first half cards for either team will give us an even-money (1/1) play and that looks like a worthy boost in price.

The aforementioned combination clicked in each of Celtic's two meetings with Midtjylland last month and I'm more than happy to support the same formula here as the play-off battle reaches its dramatic climax.

This UEFA Europa League match between AZ Alkmaar and Celtic will be played on Aug 26, 2021 and kick off at 19:15. Check below for our tipsters best AZ Alkmaar vs Celtic prediction. You may also visit our dedicated betting previews section for the most up to date previews.