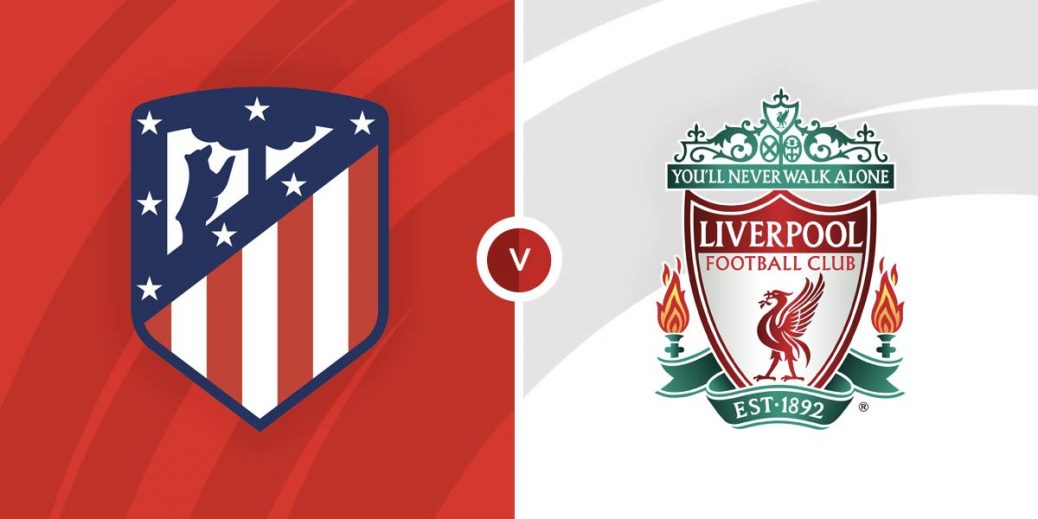 LIVERPOOL will be looking to make it three wins from three in Champions League Group B when they meet Atletico Madrid at the Wanda Metropolitano Stadium on Tuesday night.

The Reds hit the ground running in their section opener with a vintage comeback victory over AC Milan before dishing out a 5-1 drubbing to Porto at Estadio do Dragao on matchday two.

Those back-to-back triumphs have put Liverpool top of the pool but Atletico Madrid will provide a stern test for Klopp’s men on Tuesday night.

Liverpool warmed up for their latest Champions League challenge with a 5-0 win at Watford, on an afternoon where my anytime goalscorer bet landed.

Meanwhile, Atletico Madrid were afforded the weekend off by the Spanish FA due to the late return of their South American internationals.

Diego Simeone's side have yet to hit the heights of their performances from last season's title winning campaign but the capital club claimed a last-gasp 2-1 win over AC Milan to propel them up to second-place in the section.

Atletico Madrid have avoided defeat in their previous four meetings with Liverpool but the Spanish hosts head into this clash as 40/17 (SBK) outsiders while the stalemate pays 12/5 (SBK) with the same firm.

Liverpool have yet to taste defeat this season and the Merseysiders roll into Madrid as 39/29 favourites at SBK.

Liverpool will tempt plenty of punters at the aforementioned price but combining over zero Liverpool goals, over one Liverpool corner and over one Atletico Madrid card will bring about a backable 4/5 (Bet 365) Bet Builder.

The Reds look more like their old selves this season, with Jurgen Klopp's side repeatedly blowing teams away with a seemingly endless supply of goals.

Free-scoring Liverpool have notched up three or more strikes in each of their six road trips across all competitions this term and their attacking firepower should lead them to at least one strike in the Spanish capital.

Atletico Madrid's defensive standards have slipped recently, with Simeone's side failing to record a clean sheet in six of their opening 10 assignments of the season.

What's more, the Atleti chief looks set to be without his preferred personnel in defence on Tuesday night, so I'm more than happy to back the Merseysdiers to make the net bulge at Wanda Metropolitano.

With Klopp's star-studded side likely to take a front-foot approach here, I'll complete the combination with over one Liverpool corner and over one Atletico Madrid card.

Diego Simeone's warriors remain masters of the dark arts, with the Spaniards seeing at least two cautions in seven of their last 10 Champions League outings.

It's also worth noting that four of Atleti's last six matches across all competitions have featured at least one red card and I suspect another feisty fixture could be in-store when they come up against the resurgent Reds.

With that in mind, I'll also have a nibble on the 29/20 (UniBet) for Atletico Madrid to receive over 2.5 cards during this contest.

The Spanish champions have chalked up over 2.5 cards in seven of their 10 outings this term, so the same punt makes plenty of appeal on Tuesday night given that Liverpool will represent Atleti's toughest test of the season to date.

This UEFA Champions League match between Atletico Madrid and Liverpool will be played on Oct 19, 2021 and kick off at 20:00. Check below for our tipsters best Atletico Madrid vs Liverpool prediction. You may also visit our dedicated betting previews section for the most up to date previews.