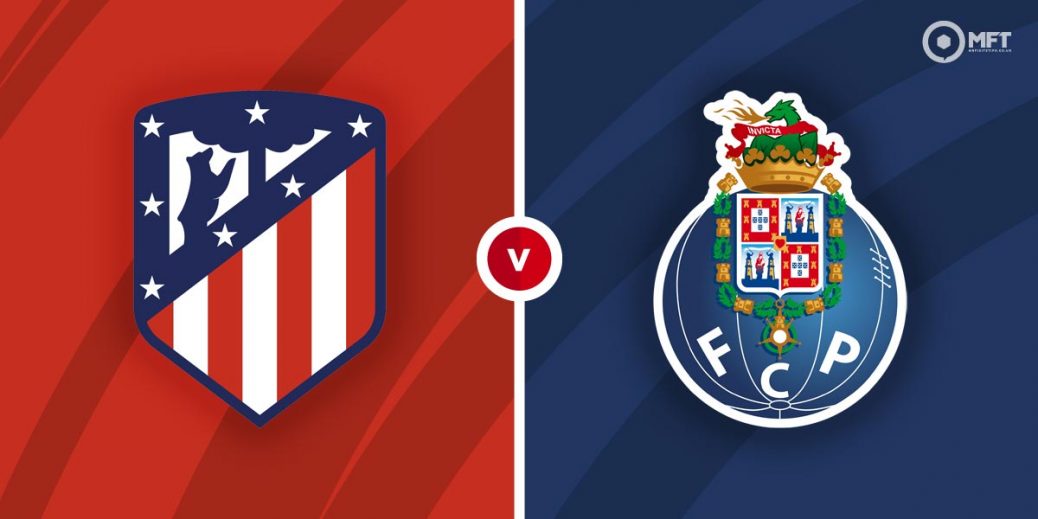 ATLETICO MADRID commence their Champions League campaign on Wednesday night when they welcome Porto to the Wanda Metropolitano Stadium.

Diego Simeone's side pipped both Barcelona and Real Madrid to the La Liga title last season, in their first league championship win since 2014.

The capital club have picked up where they left off having made an unbeaten start to the defence of their Spanish crown, posting three wins and one draw to sit joint-top of the table.

However, Atleti were knocked out of the Champions League in the round of 16 by eventual-winners Chelsea last season and they could face a tricky task of navigating their way out of Group B where they will come up against Liverpool, AC Milan and FC Porto.

Last season, Porto exceeded expectations in the Champions League when they sent Juventus packing en-route to the last-eight before being brushed aside by all-conquering Chelsea.

Closer to home, Sergio Conceicao's side have made a mixed start to the new Primeira Liga season (W3 D2) after surrendering their top-flight crown to Sporting Lisbon last season.

Atletico Madrid have lost just one their last 14 Champions League home matches and the host head into this clash as odds-on 11/18 (SBK) favourites.

Porto have fallen to defeat in four of their last eight Champions League away matches and the Portuguese guests are 33/5 (SBK) outsiders while the draw is priced up at 27/10 (SBK) with the same firm.

Atletico Madrid will have earmarked this fixture with Porto as one where three points are crucial if they are to qualify from the group but the above-mentioned price on a home success looks slightly too short to put up.

However, we can get some 17/20 (Bet 365) on Atletico Madrid to score two or more goals during this bout and that looks like a worthy boost in price.

Atleti's defensive standards have slipped recently, with Simeone's warriors failing to record a clean sheet in three of their opening four La Liga matches of the season.

Porto, having scored in all five of their games this term, should pose a threat to the Spanish champions who are not finding clean sheets easy to come by.

As such, Atletico Madrid may need to score at least twice to be sure of all three points in their Group B curtain raiser with the Dragons.

It's also worth noting that Atleti have notched up two or more strikes in three of their four matches this season so far and that only adds to the appeal of siding with a repeat at the Wanda Metropolitano Stadium on Wednesday night.

I'll also dip into the player card market and take the 7/2 on offer with PaddyPower for Porto centre-half Pepe to pick up a card on his return to the Spanish capital.

The veteran defender remains a master of the dark arts and will no doubt try his best to antagonise his direct opponent and fellow hot-head Luis Suarez.

With that in mind, combining both Pepe and Suarez to go into the book is perhaps worth a speculative punt at a tasty looking 26/1 at PaddyPower.

The above-mentioned duo are no stranger to the referees notebook and with both competitors bound to be right up for this one, I suspect this longshot could be worth some loose change.

This UEFA Champions League match between Atletico Madrid and FC Porto will be played on Sep 15, 2021 and kick off at 20:00. Check below for our tipsters best Atletico Madrid vs FC Porto prediction. You may also visit our dedicated betting previews section for the most up to date previews.