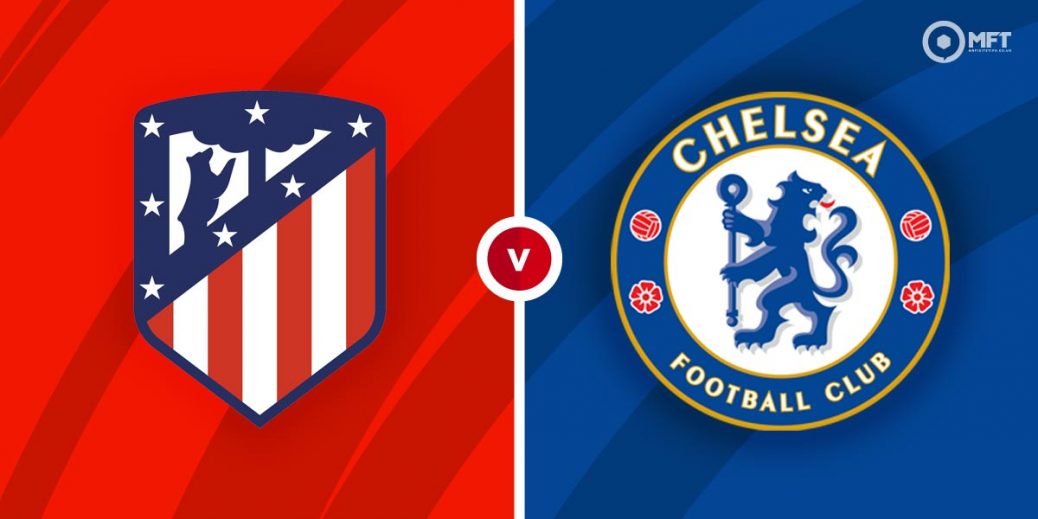 ATLETICO MADRID and Chelsea will both be looking to bounce back from weekend disappointments when the pair lock horns in the Champions League on Tuesday night.

Diego Simeone's side slumped to a shock 2-0 loss at home to Levante on Saturday, a result that means the capital club have now won just one of their last four La Liga matches.

Atleti appeared to be in the driving seat to scoop a first Spanish crown since 2014, but their recent wobble has thrown a lifeline to the chasing pack.

Having said that, Ateltico Madrid dumped then-holders Liverpool out of the Champions League at this stage last season and they will aim to repeat the trick against Chelsea.

The Stamford Bridge side head into this first leg showdown off the back of a largely drab 1-1 draw at Southampton on Saturday.

However, so far, the Thomas Tuchel era is off to a solid start, not to mention the German guided PSG to their first-ever Champions League final last season.

Atletico Madrid have avoided defeat in each of their last seven Champions League home matches, but this tie will take place on neutral territory, with an Atleti triumph trading at 17/10 with TonyBet

Chelsea remain undefeated since Thomas Tuchel took charge but the Blues are slight outsiders here at 2/1 with Bet 365, while the draw pays 21/10 with TonyBet.

This represents Thomas Tuchel's toughest test to date and it also looks like a tricky fixture to tackle from a betting perspective.

I'll therefore swerve the outright betting and instead head to Bet 365's Bet Builder market and combine over zero Atletico Madrid goals and over one Atletico Madrid card, an eye-catching 5/4 shot.

Indeed, Atleti failed to score on Saturday, but that was only the second time that Simeone's side have failed to strike in their last 11 La Liga outings and I fancy the men from Madrid to make the net bulge when faced with a Blues backline that has been experimented with in recent weeks.

What's more, Atletico Madrid have scored two or more goals in 15/23 Spanish top-flight tussles this term and it's also worth noting that BTTS has banked in six of Atleti's last seven matches.

With that in mind, I'm happy to support at least one Atletico Madrid strike on Tuesday night but I'll also back Simeone's warriors to collect two or more cautions during this contest.

Simeone and Co are masters at defensive resilience and I fully expect the capital club to compete aggressively when trying to tame Chelsea's top-heavy attack.

The La Liga leaders are averaging 2.61 cards per game in Spain this season, not to mention Atelti have racked up two or more bookings in each of their last 11 league outings.

One player who looks overpriced for a card here is Atletico Madrid defender Stefan Savic who is 16/5 with William Hill to go into the book.

The former Man City man has already clocked up an eye-watering 14 cards in 30 appearances for club country this season and he looks like a good candidate to have his name taken here at a generous price.

This UEFA Champions League match between Atletico Madrid and Chelsea will be played on Feb 23, 2021 and kick off at 20:00. Check below for our tipsters best Atletico Madrid vs Chelsea prediction. You may also visit our dedicated betting previews section for the most up to date previews.