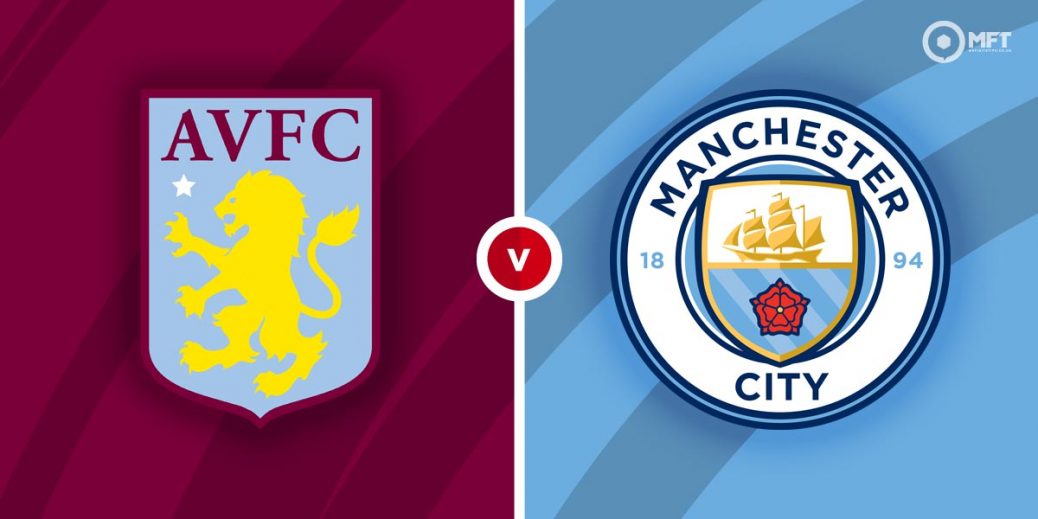 MANCHESTER CITY will be looking to get back to winning ways when they travel to Aston Villa in the Premier League on Wednesday night.

The Citizens quest for an unprecedented quadruple went up in smoke as they were beaten 1-0 by Chelsea in the FA Cup semi-final last Saturday.

However, Pep Guardiola's star-studded side are still fighting on three fronts and they remain firmly in control of the Premier League title race.

City have amassed an eight-point lead over second-place Manchester United and a Villa Park victory would be a significant stride towards securing what would be a third league crown in four years.

Aston Villa, meanwhile, have been among the Premier League‘s surprise packages this season, but their early-season form is in danger of being undone .

Last time out, Dean Smith's side fell to a last-gasp 2-1 defeat at Liverpool, a setback that means that the Villans have taken only eight points from the last 24 on offer.

Aston Villa have lost their last six matches against Man City and the hosts are huge outsiders here at 8/1 with Bet 365, with the draw also deemed unlikely at 4/1 with UniBet.

Man City have lost two of their last three matches but the Blue Moon are lowly 4/11 with Bet 365 to get back on track this midweek.

The bookmaker's prices for this match unsurprisingly suggest that this will be a one-sided affair and it's therefore a case of having to get creative to eek some value out of this fixture.

The Citizens haven't been at their sparkling best in attack this season, with 18 of their 23 league victories to date all featuring fewer than five match goals.

With that in mind, coupled with the fact that Villa have the third-best defensive record in the division, I'm happy yo side with under five strikes at Villa Park on Wednesday night.

Having said that, Aston Villa have failed to keep a clean sheet in their last four matches and it's hard to see them shutting out what could be a wounded Man City beast in the Midlands this midweek.

In order to boost up the price, I'll chuck over five match corners into the equation – City are averaging a league-high 6.5 corners per game, while Villa are hitting 5.53 flag kicks per 90 minutes.

I'll complete the Bet Builder by backing Aston Villa to see at least one card during this contest – Smith's side are the second-most ill-disciplined in the division this season with their 1.83 card per game average.

What's more, the Villans have picked up at least one card in each of their last 11 Premier League matches.

That train of thought could see value lie with the 11/10 on offer with Bet 365 for Aston Villa to see over one card during this match – a bet that would have banked profit in three of Villa's last four Premier League assignments.

This English Premier League match between Aston Villa and Man City will be played on Apr 21, 2021 and kick off at 20:15. Check below for our tipsters best Aston Villa vs Man City prediction. You may also visit our dedicated betting previews section for the most up to date previews.