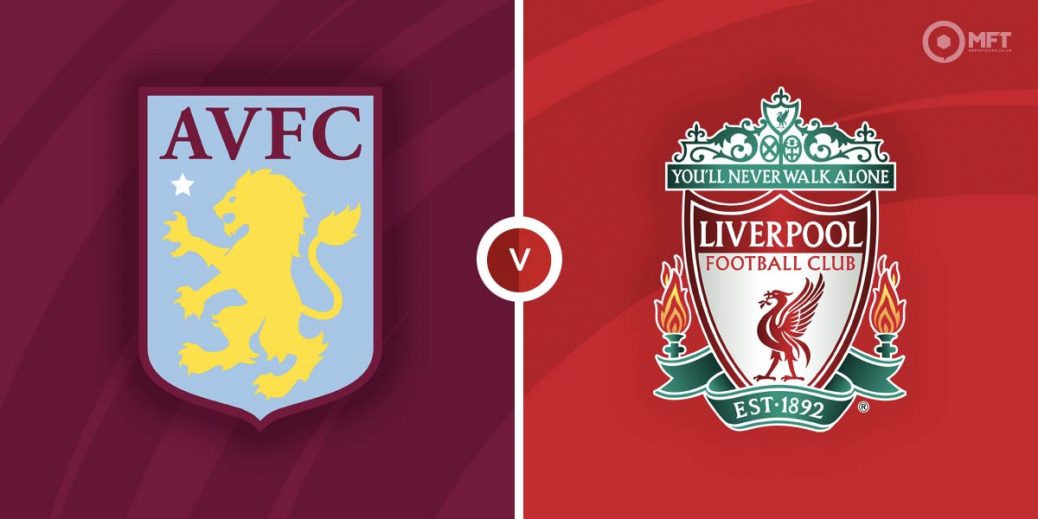 LIVERPOOL will be looking to return to winning ways in the Premier League when they pay Aston Villa a visit on Tuesday night.

The Reds title hopes were dented following a 1-1 draw with Tottenham at Anfield on Saturday night.

That setback coupled with Manchester City's subsequent 5-0 shredding of Newcastle has left Jurgen Klopp's side trailing the league leaders by three points with just three rounds of fixtures left to play.

As such, Liverpool know there is little room for error in the coming games, with a trip to Aston Villa up next for the Merseysiders this midweek.

Villa boss Steven Gerrard will be forced to put all sentiment aside against his boyhood club with his current employers looking to boost their chances of finishing in the top 10 for the first time since 2010-11.

Last time out, the Villlans cruised to a comfortable 3-1 victory at relegation-threatened Burnley, but it will be fair to say that there will be a huge step up in class here.

Despite winning each of their last two Premier League games, Aston Villa enter this contest as 33/5 (SBK) underdogs while the draw is also deemed unlikely at 39/10 (SBK).

Liverpool, who have avoided defeat in each of their last 16 Premier League games, are short-priced 6/13 (SBK) favourites to emerge from Villa Park victorious.

Liverpool look too short to side with at the aforementioned price but combining over one Liverpool goal and under two Aston Villa goals will bring about a nice looking 10/11 (Bet 365) Bet Builder.

Jurgen Klopp's star-studded side are the second-top scorers in the Premier League this season, slamming in 87 strikes across their 35 to encounters to date, an impressive average of over 2.5 per-game.

It's also worth pointing out that the quadruple-chasing Reds have racked up two or more goals in a league-high 27 of their 35 top-flight tussles this term, including 13 of their 17 matches away from their Merseyside base.

What's more, hosts Aston Villa have conceded at least one goal in nine of their last 12 home games, with 11 of the 16 sides to visit Villa Park in Premier League this season getting on the scoresheet.

Whilst Steven Gerrard has some excellent attacking players at his disposal that have the technical tools to create opportunities against Liverpool, the Reds have regained their trademark defensive solidity this term, conceding twice or more on just seven occasions.

With all things considered, coupled with the fact that the above-mentioned Bet Builder has paid out in a sizeable 24 (68.5%) of Liverpool's 35 Premier League games this season so far, supporting the same formula here looks worthy of support at 10/11 (Bet 365).

Elsewhere, I'll also dip into the team corner market and take the 6/5 available with Bet 365 for Aston Villa to earn over four corners during this contest.

Gerrard's charges, who are averaging 5.26 flag kicks per-game in the Premier League this season, have already covered the 4+ line at home to Manchester City, Arsenal and Tottenham this term and they could represent a spot of value to repeat the trick on Tuesday night.

This English Premier League match between Aston Villa and Liverpool will be played on May 10, 2022 and kick off at 20:00. Check below for our tipsters best Aston Villa vs Liverpool prediction. You may also visit our dedicated betting previews section for the most up to date previews.