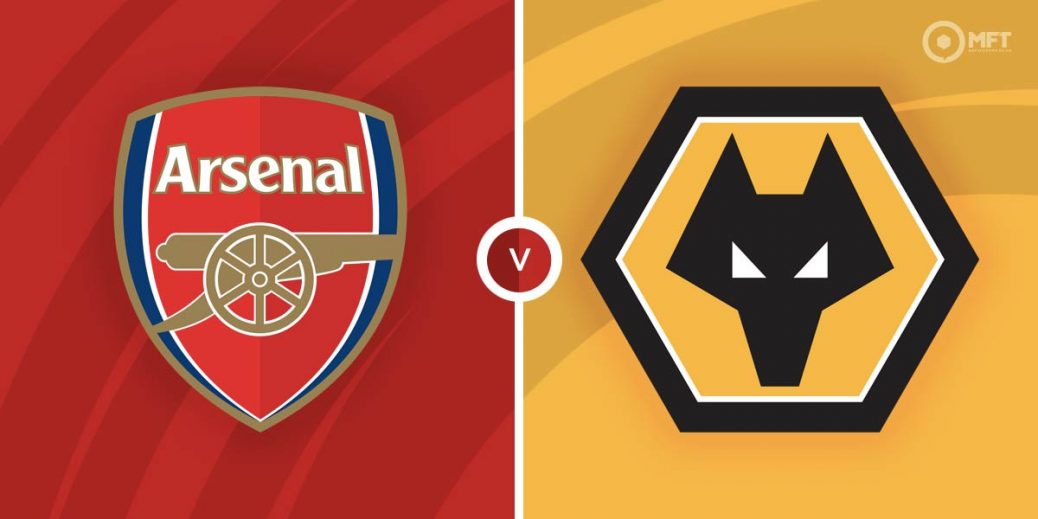 TOP four hopefuls Arsenal and Wolves will be keen to pick up more points when the pair face off in the Premier League for the second time in the space of two weeks at the Emirates on Thursday night.

Gabriel grabbed the only goal of the game as the Gunners ground a vital 1-0 victory at Molineux a fortnight ago.

That triumph snapped a five-game winless run across all competitions for Mikel Arteta's men, who have since battled to a hard-fought 2-1 win over Brentford.

Arsenal now will be looking to further boost their claim for a much-coveted top four berth when they reconvene with Wolves in the capital this midweek.

Bruno Lage's boys have quietly gone under the radar this season to creep into seventh spot in the Premier League ahead of their trip to North London.

The Old Gold will be seeking revenge against the Gunners on Thursday night and they ought to be buoyed after bagging a 2-1 win over Leicester last time out.

Arsenal, who have avoided defeat in 10 of their last 11 Premier League home matches, head into this game as odds-on 13/19 (SBK) favourites.

Despite triumphing in each of their last four top-flight road trips, Wolves enter the Emirates as 26/5 (SBK) underdogs while a point apiece has been priced up at 37/13 (SBK) with the same bookmaker.

Given how well-accustomed Wolves are to keeping matches close, I'm more than happy to support the Old Gold with a +1 start on the Asian Handicap at 3/4 (UniBet).

This selection would see our stake returned should Arsenal win by exactly one goal again, whereas Wolves avoiding defeat would deliver a pay-out.

Matches involving the men from Molineux have tended to be tight affairs this term, with a whopping 18 of Wolves' 24 Premier League games this season so far featuring two goals or fewer

Bruno Lage's side restricted Liverpool and Manchester City to just one goal each in back-to-back 1-0 losses earlier this season, and it's also worth noting that the Black Country guests have emerged victorious from both Old Trafford and the Tottenham Hotspur Stadium with their sheets clean in recent times.

Granted, Arsenal are right in the thick of the race for a Champions League spot, but the Gunners rarely blow teams away, as this was the case in their latest pair of wins over Wolves and Brentford.

With all this mind, supporting Wolves with a +1 start on the Asian Handicap at 3/4 (Unibet) seems like a sensible play to consider at the Emirates on Thursday night.

Elsewhere, I'm also going to head to the Bet Builder market and have a speculative punt on under one match goal and under two match bookings at a bulbous 50/1 (Bet 365).

As previously mentioned, goals are usually at premium when Wolves are involved, but it's also worth noting that notoriously lenient referee Martin Atkinson (Av 2.20 pg) has reached for a card just once in each of his last three Premier League outings.