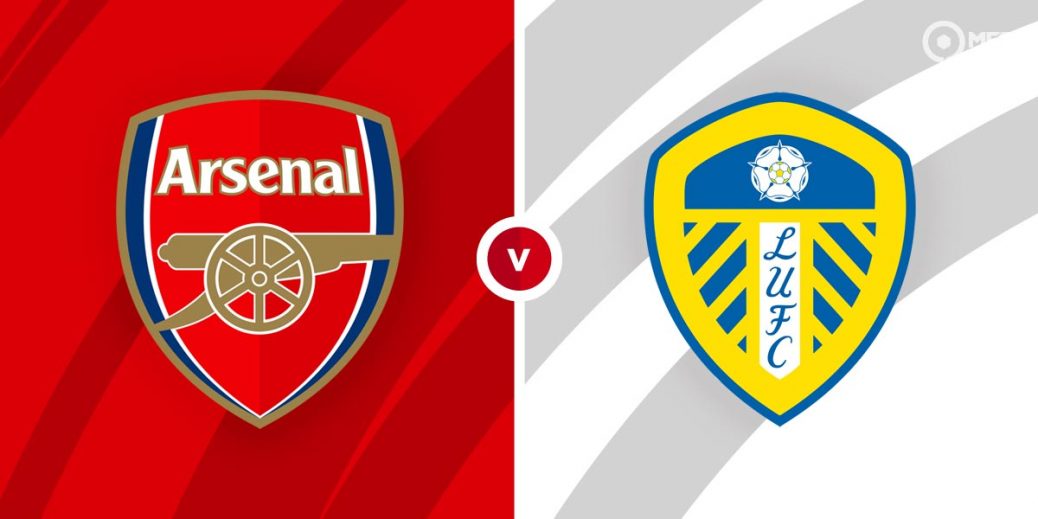 ARSENAL will be looking to get back to winning ways they lock horns with Leeds at the Emirates on Sunday afternoon.

Both of these sides have enjoyed very contrasting seasons to date, the Gunners campaign has been plagued with inconsistency, while Leeds have lit up the Premier League upon their return to the big time.

It would appear that Mikel Arteta's men have produced another false dawn after the Londoners self-destructed at Wolves a fortnight ago before crashing to a 1-0 defeat at Aston Villa last Saturday.

Prior to that double dent Arsenal were enjoying a mini-revival so the capital club will be desperate to get back on track when Leeds come calling this weekend.

The Whites go into this clash after chalking up three wins from their last four Premier League fixtures, the most recent of which was a 2-0 success against Crystal Palace.

Marcleo Bielsa's men have already demonstrated that they can mix it with the division's heavyweights and they will fancy their chances of bloodying Arsenal's nose in North London on Sunday.

Arsenal have avoided defeat in each of their last five league matches on home soil and the Gunners go into this match as 17/20 favourites with William Hill.

Despite triumphing in three of their last four top-flight road trips Leeds are huge underdogs here at 3/1 with Tonybet and the same firm go 11/4 on the draw.

Marcelo Bielsa's team have been the great entertainers in the Premier League this season, however, the Whites don't have a particularly watertight defence.

Leeds, for all their attacking brilliance, do boast the third-worst defensive record in the division and I suspect their cavalier approach could well be their undoing when they come up against the Gunners this weekend.

Arsenal, despite their unpredictability, still carry a significant attacking threat in forward areas and I suspect the hosts will have the tools to trouble Bielsa's brittle backline.

As already alluded to, I expect Arsenal to strike on Sunday but I also fancy a few cards to be flashed here, after what was a fiery reverse fixture at Elland Road earlier in the season.

What's more, referee Stuart Attwell will take charge of this tussle and his 4.38 yellow card per game average in the Premier League this season currently is the highest tally in the top-flight.

It's also worth noting that the Nuneaton-born whistler has shown three or more cards in 12/13 Premier League matches this term, not to mention the above-mentioned card formula has clicked in all but one of those outings.

That line of thought could also see value lie with the 5/6 on offer with Bet 365 for Arsenal to receive over one card during this contest – a bet that would have banked profit in three of the Gunners last four Premier League fixtures.

This English Premier League match between Arsenal and Leeds will be played on Feb 14, 2021 and kick off at 16:30. Check below for our tipsters best Arsenal vs Leeds prediction. You may also visit our dedicated betting previews section for the most up to date previews.