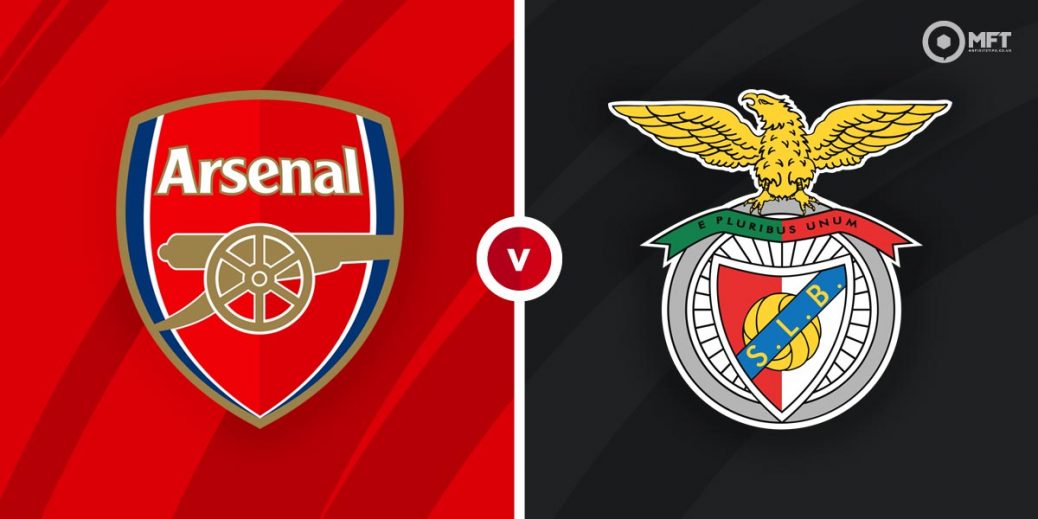 ARSENAL are in danger of sliding into another slump so they desperately need to see off Benfica in the Europa League to stop their season from fizzling out.

It's now just one win in six for the Gunners in all competitions, with their hopes of a top-four Premier League finish fading fast after Sunday's defeat by Manchester City left them 11 points off the pace.

Our man Mark tipped City to win to nil and cashed in, with Mikel Arteta's side never seriously threatening as they came up short against top-class opposition.

Europe looks like being Arsenal's only chance of success this season but this last-32 tie, which sees both legs played at neutral venues, is balanced on a knife-edge after a 1-1 draw (below).

I tipped a penalty to be awarded in that game and that's how Benfica took the lead through Pizzi but Bukayo Saka quickly levelled it up to give the Gunners a slight advantage due to their “away” goal.

The sides now square up in Greece for the second leg and the Eagles also head into the game on the back of a disappointing result after drawing 0-0 with Farense at the weekend.

Arsenal are odds-on favourites with every firm and are at a best 17/20 with Skybet while Benfica might tempt a few punters at 7/2 with SBK. This one could end up another stalemate and that's priced 3/1 at Unibet. If you think it will go all the way to penalties then Skybet are offering 16/1 on either side winning in a shoot-out.

Arsenal are sweating over the fitness of marquee summer signing Thomas Partey after he missed the City clash while defender Rob Holding is also due to miss out. Benfica are missing Jardel and Andre Almeida.

Pierre-Emerick Aubameyang's form has been flaky this season but remains Arsenal's biggest goal threat. Of late, the Gunners skipper (below) has been scoring then drawing a blank for two or three games before getting back on the scoresheet again. He has failed to net in his last two so could be due one here and is 5/4 with Paddy Power for anytime scorer.

Former Spurs maverick Adel Taraabt will be motivated to gun down the Gunners and is always capable of a moment of magic. He hasn't scored all season for Benfica but that makes his odds decent here at 9/1 with Unibet.

Both teams to score has come up in five of Benfica's last seven European games, including the first leg, so it's a good option for accumulators at 4/5 with TonyBet.

The first leg showed there's little between these sides so I'm also drawn to the 135/100 the same firm offer on either team winning by a one-goal margin.

There wasn't a single booking in the first leg but it could be more fiery here with qualification on the line. Former Manchester City defender Nicolas Otamendi has nine yellows this term and also saw red against Rangers in the group stage. So he looks good value at 6/5 for a card with Bet365.

This UEFA Europa League match between Arsenal and Benfica will be played on Feb 25, 2021 and kick off at 17:55. Check below for our tipsters best Arsenal vs Benfica prediction. You may also visit our dedicated betting previews section for the most up to date previews.