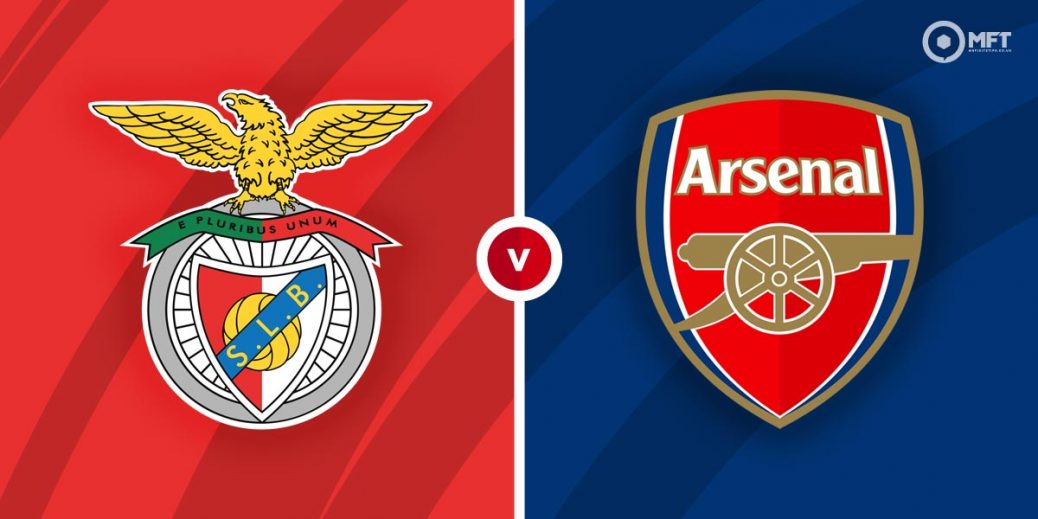 THE Europa League was Arsenal's refuge earlier in the season but their hopes of winning the tournament will come under scrutiny in this tricky quarter-final tie with Benfica.

The Gunners cruised through their group, winning every game at a time when they couldn't buy a win in the Premier League. Their form has picked up domestically since then but it still looks like Mikel Arteta's side will need to win the Europa League to claim a Champions League spot for next term.

So this competition has taken on added importance for Arteta, with his side also out of the FA Cup, and they will be targeting a run to the final.

Benfica were one of the early favourites for the Europa League after dropping into the tournament from the Champions League qualifiers but they could only finish second in a group containing Rangers, Standard Liege and Lech Poznan.

It has also been a poor season domestically, with the Eagles sitting fourth in the Portuguese top flight, a whopping 13 points behind Sporting Lisbon.

Jorge Jesus' men have won just two of their last eight games so they will need to up their game to stand a chance of toppling the Gunners.

Home advantage hasn't counted for much behind closed doors and it will matter even less in this tie, with both legs played at neutral venues. Benfica are 2/1 with Unibet to win their “home” leg in Rome, with Arsenal 13/9 favourites at SBK and the draw 45/17 with the same firm.  The Gunners are heavy 2/5 favourites to qualify with Benfica a best 2/1 with Bet365.

The only previous meeting came in the second round of the European Cup in 1991/92. Arsenal claimed a creditable 1-1 draw at the Stadium of Light but were blown away back at Highbury as they crashed 3-1 in the return (below).

I wasn't overly impressed by Benfica in their games with Rangers as they had to come from behind twice to snatch draws. But Darwin Nunez did the catch the eye in the first clash and the Uruguayan striker could get some joy against Arsenal's defence. He's 2/1 with Paddy Power for anytime scorer.

Pierre-Emerick Aubameyang heads into the game on the back of a weekend hat-trick against Leeds. The Arsenal skipper is 29/20 with Unibet to score another here after a storm over him getting a tattoo.

There should be some goals on the evidence of both teams' performances in the group stage, with Arsenal scoring 20 times and Benfica 18. Both teams to score is 13/20 at TonyBet while over 2.5 strikes pays 17/20 with the same firm.

First-half goals were a feature of Benfica's group games, with only one match seeing a blank in the first 45. So over 1.5 first-half goals could stand a chance at 33/20 with TonyBet.

Benfica won three penalties in the groups so it could pay to back a spot-kick for either side here, which is priced 2/1 at Bet365.

This UEFA Europa League match between Benfica and Arsenal will be played on Feb 18, 2021 and kick off at 20:00. Check below for our tipsters best Benfica vs Arsenal prediction. You may also visit our dedicated betting previews section for the most up to date previews.