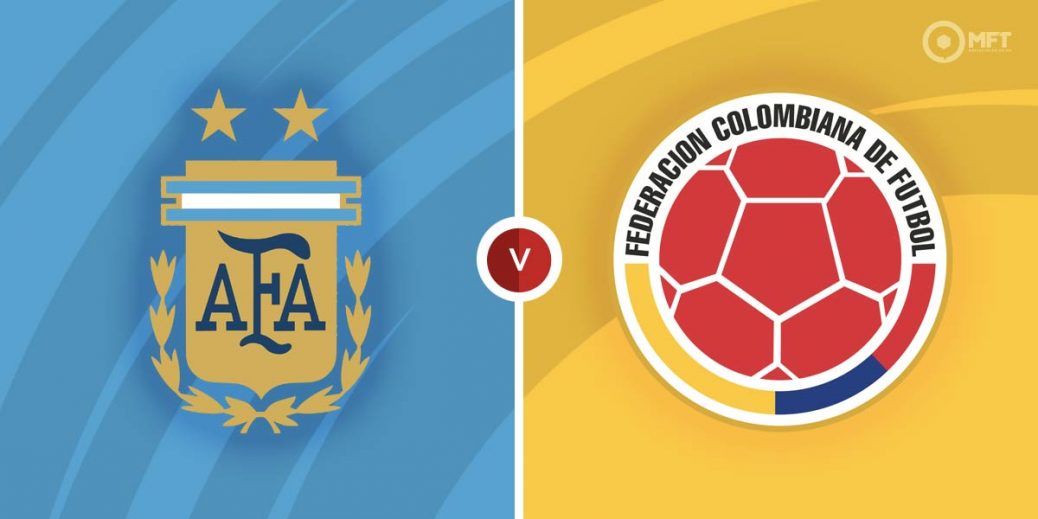 Colombia will attempt to breathe some life into their 2022 World Cup qualifying campaign when they travel to already qualified Argentina on Tuesday. The hosts are looking to maintain their unbeaten run and despite missing a few players, should still have too much for the troubled visitors.

Argentina are depleted heading into Tuesday’s clash as they are dealing with a number of absentees at the moment. Lionel Messi is already ruled out after only just recovering from COVID-19 while Nicolas Tagliafico, Nicolas Otamendi and Rodrigo De Paul are among a number of players suspended.

The Copa America winners were made to work for their 2-1 victory over Chile last time out in the qualifiers. Angel Di Maria netted a superb opener while Lautaro Martinez grabbed the winner to extend their unbeaten record to a whopping 28 matches.

Absentees or not, Lionel Scaloni’s men are unbeaten in the qualifiers and have won four of their last five matches. They also have a solid record at home with three wins from their last four qualifying fixtures.

It has been a difficult campaign for Colombia who are currently on the fringes of the South American qualifiers. They are sixth on the standings, three points behind Peru in the final automatic qualification place.

Colombia are in need of a quick upturn in results as they travel to Argentina with just one win in their last 10 qualifying matches. Reinaldo Rueda’s men have also lost two of their last three outings and were beaten 1-0 by Peru in their previous fixture.

Despite the return of James Rodriguez and Radamel Falcao, Colombia have now failed to score in their last six qualifying matches. They also have some absentees of their own with key defender Yerry Mina suspended for Tuesday’s clash.

Argentina have the upper hand among the bookies at 22/23 with SBK while a victory for Colombia is valued at 7/2 by Unibet. Quinnbet is offering odds of 23/10 for a draw.

Argentina have a 12-3 advantage with six draws from 21 previous matches against Colombia. Both teams met in the knockout phase of Copa America last June with the Argentines winning on penalties, following a 1-1 draw in normal time.

Argentina appear to be coping without Lionel Messi with Angel Di Maria particularly impressive lately. The winger had found the net twice in his last three matches and is priced at 3/1 by bet365 to find the net on Tuesday.

Colombia have struggled for goals lately but will look to capitalise on Argentina’s depleted backline on Tuesday. Radamel Falcao is expected to lead the line and is priced at 13/5 by bet365 to score anytime.

Argentina have plenty of quality in attack but their depleted backline means both teams could be tipped to score at 6/5 with bet365. The Argentines saw over 2.5 goals in their previous fixture and a similar outcome is priced at 29/20 with Unibet.

The Argentines have seen more goals before the break in four of their last five matches, so the first half could be tipped as the highest scoring half at 11/2 by bet365.

This World Cup match between Argentina and Colombia will be played on Feb 1, 2022 and kick off at 23:30. Check below for our tipsters best Argentina vs Colombia prediction. You may also visit our dedicated betting previews section for the most up to date previews.