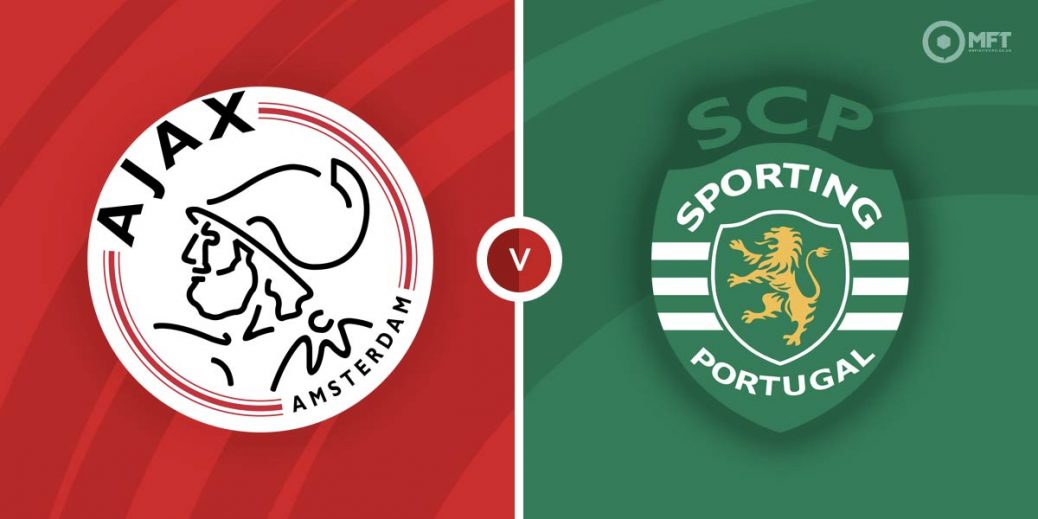 AJAX have arguably been the most impressive side in this season's Champions League and they have the chance to complete a perfect group campaign when Sporting Lisbon come calling.

This clash is effectively a dead rubber with both sides already in the last 16 and the Dutch giants six points clear at the top of the section.

So I wouldn't be too surprised if Erik Ten Hag and Ruben Amorim rested some of their stars, especially with tricky league games against Alkmaar and Boavista looming at the weekend.

But armchair fans will still be hoping for an entertaining game with Ajax scoring 16 times already in the section to conjure memories of their stunning run to the semi-finals three years ago.

Sporting have also netted 12 times in the group and three of those came last time out against Dortmund in a 3-1 victory that condemned the German giants to the Europa League.

It's job done for Sporting but they will still be out for revenge after being battered 5-1 by Ajax in Portugal, a game where our man Tolu cashed in by backing goals at both end.

Given Ajax's record so far in the group it's no surprise to see them as 40/85 favourites with McBookie. Sporting Lisbon are as big as 23/4 with Unibet while the draw pays 19/5 with SBK.

That 5-1 thrashing earlier in the group (below) was the first competitive meeting of these sides in European football. Striker Sebastian Haller stole the spotlight with a four-goal haul.

A lot will depend on how strong a team both managers pick for this clash. Sporting stars Zouhair Feddal, Joao Palhinha, Pedro Porro and Matheus Nunes are all one yellow card away from a ban so I'd be surprised if they featured while Ajax's Timber Jurrien is in the same boat.

Brazilian winger David Neres should start for Ajax after a late weekend cameo off the bench and appeals for anytime scorer at 5/2 with SportNation.

Teenage forward Tiago Tomas came off the bench in Sporting's win over Dortmund and could be given a start here. He's 18/5 with Unibet for anytime scorer.

The bookies fancy another goalfest after six were scored in the last meeting. Over 2.5 goals is just 6/11 at SBK while BTTS is a best 7/10 at the same firm. But if both managers make a lot of changes it could end up an anti-climax so it might be worth considering under 2.5 goals instead at 19/12 with SBK.

With both sides already in the last 16, I would be surprised if we saw a lot of cards as players bid to avoid suspensions in the knockout stage. Unfortunately, the bookies don't seem to have priced up that market yet but try betting against a lot of cards when they do.

McBookie price the half-time draw at 6/4 and that could be a good option while betting on most goals coming after the break pays evens with Paddy Power.

This UEFA Champions League match between Ajax and Sporting Lisbon will be played on Dec 7, 2021 and kick off at 20:00. Check below for our tipsters best Ajax vs Sporting Lisbon prediction. You may also visit our dedicated betting previews section for the most up to date previews.