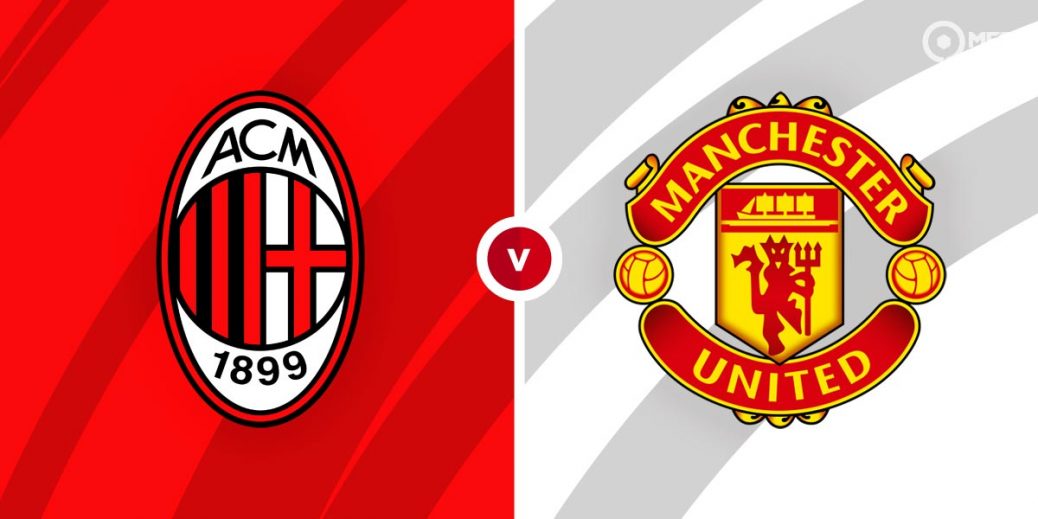 MANCHESTER UNITED will be looking to salvage their Europa League campaign when they square off with AC Milan at the San Siro on Thursday night.

Simon Kjaer's last-gasp header grabbed a draw for the Rossoneri and a vital away goal in their 1-1 draw at Old Trafford last Thursday.

That late AC Milan strike has left this titanic tie tantalisingly poised and it means that Man United must score if they are to seal their passage to the quarter-final stages.

Closer to home, Stefano Pioli's side are struggling to keep pace with city rivals Inter in the race for the Serie A title, with Milan heading into this showdown off the back of a damaging 1-0 defeat against Napoli on Sunday.

Manchester United, meanwhile, warmed up for this mouth-watering match-up with a hard-fought 1-0 win over fellow top-four rivals West Ham.

That triumph tightened the Red Devils grip on second spot in the Premier League, but Ole Gunnar Solskjaer will know that the Europa League represents a terrific opportunity for him to finally deliver a first major trophy as the Man United manager.

AC Milan have drawn each of their last three Europa League matches and a repeat here pays 5/2 with UniBet and a home win is trading at 12/5 with William Hill.

Manchester United have avoided defeat in each of their last 12 away games and a Red Devils success on Thursday night is trading at 23/20 with TonyBet.

Indeed, it's advantage AC Milan, but I reckon it could be worth siding with the Red Devils to get the job done on Thursday night.

The bookies odds also suggest Ole Gunnar Solskjaer's side will secure a place in the quarter-finals of the Europa League, with United heavily fancied to qualify at a general 8/13.

However, in order to get a slightly bigger price, I'll head to the Bet Builder back market and combine Man Untited to qualify and over zero AC Milan cards.

Manchester United will almost-certainly field their strongest side on Thursday night and Solskjaer and Co will take comfort from their excellent road record over the past 14 months.

Solskjaer has demonstrated on several occasions that he has a knack for formulating a plan to thwart European powerhouses, not to mention United recently claimed the scalp of arch-rivals Man City at the Etihad.

AC Milan, meanwhile, despite performing well at Old Trafford last week, have seen the wheels come off their Scudetto challenge and it's worth noting that the likes of Atalanta, Inter and Juventus have all swept aside Stefano Pioli's posse at the San Siro since the turn of the year.

With that in mind, I'm happy to back United to qualify, but I'll also back the hosts to collect at least one card during this showdown – AC Milan are averaging 2.44 cards per game in Serie A this season and they have clocked up at least one card in seven of their last nine Europa League assignments.

One player who could be worth considering for a caution here is AC Milan midfielder Franck Kessie who is 3/1 with PaddyPower to pick up a card.

The all-encompassing Ivorian has already racked up nine cards in 31 starts for the Rossoneri this season and I reckon he represents a decent bit of value to go onto the book on Thursday night.

This UEFA Europa League match between AC Milan and Man United will be played on Mar 18, 2021 and kick off at 20:00. Check below for our tipsters best AC Milan vs Man United prediction. You may also visit our dedicated betting previews section for the most up to date previews.