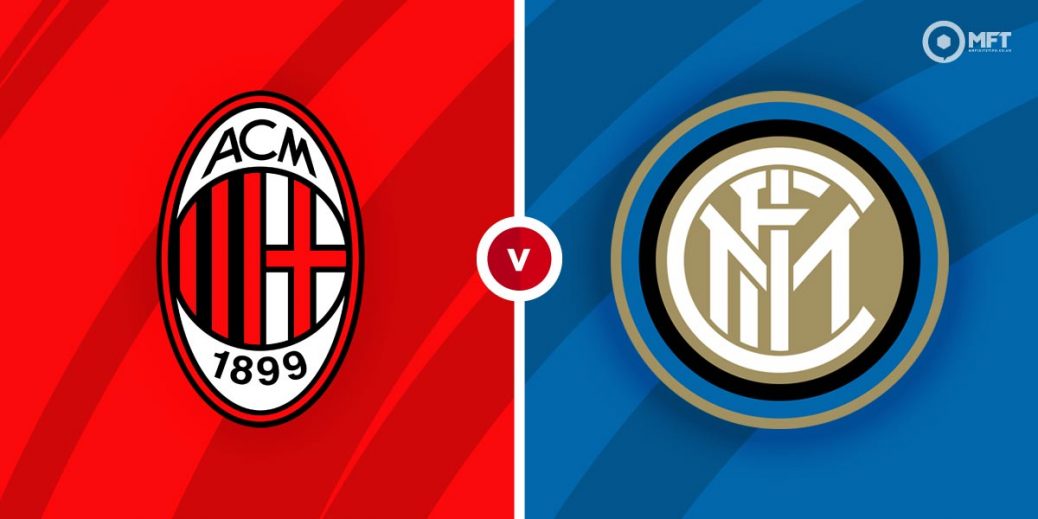 AC MILAN and Inter Milan square off at the San Siro on Sunday afternoon in what looks like the biggest Milan derby in recent memory.

Neither of these two Italian heavyweights have won a domestic league title in a decade, but the Italian Scudetto looks destined for the city of Milan at the end of the season.

The Milan giants occupy the top-two positions in Serie A heading into this colossal contest, with the two clubs swapping places at the summit of standings last weekend.

Stefano Pioli's side slumped to a damaging 2-0 defeat at Spezia last Saturday and surrendered top spot to fierce foes Inter in the process.

That shock setback allowed Antonio Conte's star-studded side to seize the initiative in the title race when swatting aside Lazio 3-1 at the San Siro last Sunday.

The Nerazzurri have now won five of their last six Serie A assignments and a Milan derby triumph would put Conte's team firmly in the driving seat for a first league title in 10 years.

AC Milan have avoided defeat in 31 of their last 34 Serie A assignments but they head into this battle as big underdogs at 13/5 with Bet 365 and the draw is unfancied 14/5 with UniBet.

Inter have won five of their last six matches against AC Milan and Antonio Conte's league leaders are 21/20 favourites with Boylesports.

AC Milan have lost three of their last five league fixtures and they head into this showdown off the back of a taxing Europa League trip to Red Star Belgrade on Thursday night.

With that in mind, coupled with Inter's red-hot form of late, I fancy the Nerazzurri to avoid defeat in this Milan derby, but I'm going to swerve the match result market and instead head to Bet 365‘s Bet Builder.

If we combine Inter Milan double chance, over one match goal and each team to receive over zero cards we can get some 4/5 with Bet 365 and that makes appeal.

All 22 of AC Milan's Serie A fixtures this season have featured two or more goals, while 20/22 Inter matches have generated two or more strikes.

What's more, each of the last three meetings have produced over 2.5 match goals and after last month's fiery Coppa Italia tie I'll also back each team to receive at least one card during this dust-up.

AC Milan are averaging 2.55 cards per game this season, while Inter are picking up 1.86 cards per 90 minutes, and given the significance of this Milan derby sparks could fly yet again at the San Siro on Sunday.

I'll also dip into the anytime goalscorer market and take the 11/10 on offer with Tonybet for Inter striker Romelu Lukaku to hit the back of the net Sunday.

The brilliant Belgian is looking unplayable at the moment and after notching up an incredible career haul of 300 goals last time out, I'll happily back the in-form Inter hitman to add to that tally this weekend.

This Serie A match between AC Milan and Inter Milan will be played on Feb 21, 2021 and kick off at 14:00. Check below for our tipsters best AC Milan vs Inter Milan prediction. You may also visit our dedicated betting previews section for the most up to date previews.