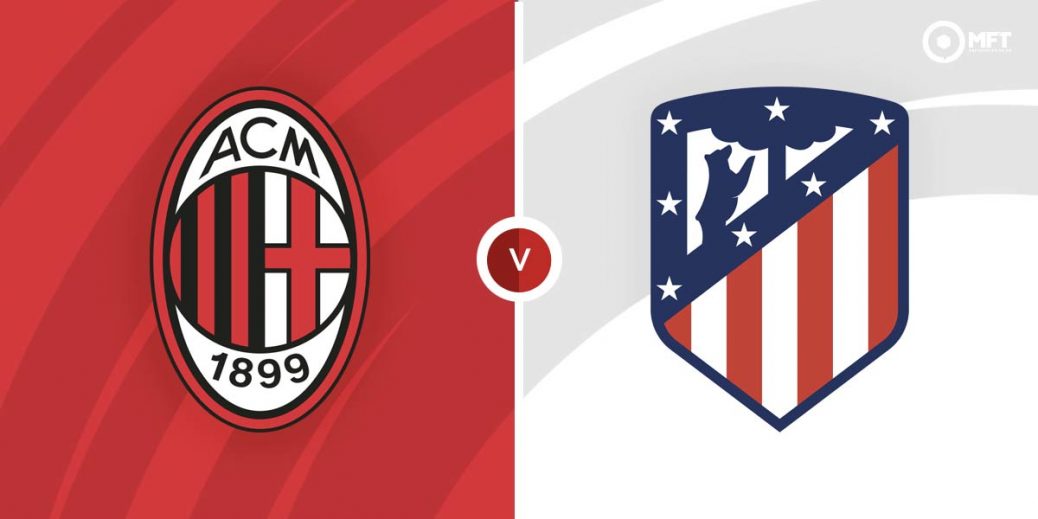 BOTH AC Millan and Atletico Madrid will be aiming to bag their first three points in Champions League group B when the pair square off at the San Siro on Tuesday night.

The Rossoneri, the second-most successful team in the history of the competition, marked their return to Europe's top table in a thrilling 3-2 loss at Liverpool a fortnight ago.

However, Stefano Pioli's side remain unbeaten in Serie A this term, with Milan temporarily moving into top spot in the Italian top-flight with a dramatic 2-1 at Spezia on Saturday night.

Diego Simeone's side have underwhelmed of late, winning just two of their last six matches across all competitions following a shock 1-0 defeat at lowly Alaves in La Liga on Saturday.

Atleti were knocked out of the Champions League in the round of 16 last term and they already have ground to make up in Group B after opening with a goalless draw at home to Porto.

AC Milan boast a 100% record on home soil this season but the hosts head into this mouth-watering meeting as slight outsiders at 45/23 with SBK while the draw is trading at 23/10 (SBK) with the same firm.

Atletico Madrid triumphed in the previous two meetings between the clubs and the Spanish kings are slight 48/29 (SBK) favourites on Tuesday night.

This looks like a tricky fixture to tackle from a betting perspective so I'm going to steer clear of the outright result and instead dip into the number of cards market.

Over 4.5 match cards at the San Siro on Tuesday night has been chalked up at 6/5 (UniBet) and that price makes plenty of appeal.

What's more, three of Atleti's last four matches across all competitions have featured at least one red card and I suspect another feisty fixture could be in-store when they come against a resurgent Rossoneri.

AC Milan were averaging over two cautions per-game in Serie A last season, not to mention Stefano Pioli's side shared 5+ cards in recent clashes with both Cagliari and Lazio respectively.

It's also worth noting that experienced Turkish referee Cuneyt Cakir, who will take charge of this tussle, has flashed five or more cards in five of the seven matches that he has taken charge of across all competitions this season so far.

With all things considered, the even-money (Bet 365) about each team to see over one card also looks like an attractive betting proposition at a fervent San Siro.

The aforementioned combination clicked in Atleti's curtain-raiser with Porto and I see no reason to oppose a repeat when these two teams collide in front of a raucous Italian crowd on Tuesday night.

This UEFA Champions League match between AC Milan and Atletico Madrid will be played on Sep 28, 2021 and kick off at 20:00. Check below for our tipsters best AC Milan vs Atletico Madrid prediction. You may also visit our dedicated betting previews section for the most up to date previews.