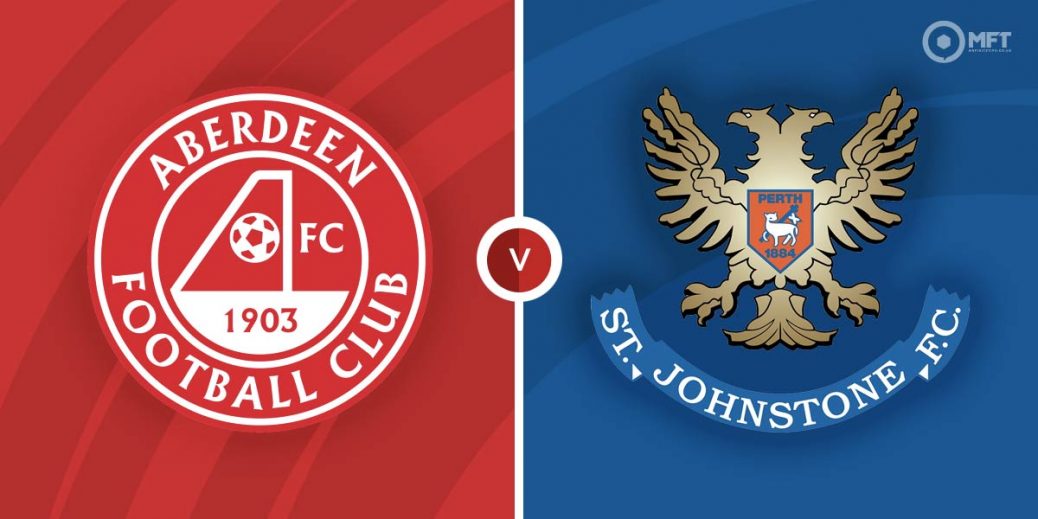 LIFE after Stephen Glass begins for Aberdeen on Tuesday night when they square off with St Johnstone at Pittodrie in the Scottish Premiership.

Glass' dismissal was confirmed on Sunday, with the 45-year-old unable to survive the 2-1 defeat at Motherwell in the Scottish Cup on Saturday.

With their dismal winless streak across all competitions now standing at six matches, the Dons find themselves languishing in 9th position in the Scottish top flight.

Following his appointment as caretaker manager, Barry Robson will look to lift Aberdeen out of their current slump when St Johnstone visit the Granite City on Tuesday night.

After crashing to a 2-1 defeat at St Mirren last midweek, the Perth Saints are currently propping up the Scottish Premiership table, with eight points between them and guaranteed safety

Prior to that setback in Paisley, Callum Davidson's side had experienced an upturn in fortunes after stringing together a three-game unbeaten run and they will be desperate to rediscover that form and prolong Aberdeen's misery in the process.

Aberdeen, who have avoided defeat in four of their last five Scottish Premiership home matches, head into this game as odds-on 9/13 (SBK) favourites.

St Johnstone marched to victory at this venue back in September but the same outcome on Tuesday night is an unfancied 5/1 (SBK) while the draw is also deemed unlikely at 28/11 (SBK).

Considering how much these two sides have underperformed throughout the campaign, neither team make great appeal in the 1X2 market for this midweek encounter.

I’ll therefore head to the Bet Builder market and combine over zero Aberdeen goals and over four Aberdeen corners which pays 5/6 (Bet 365).

The Dons have produced the majority of their best work on home soil this season, with the Pittodrie club picking up 20 of their 29 points when playing in front of their own supporters.

What's more, Aberdeen have struck at least once in 10 of their 12 home league games this season, a sample that includes two recent fixtures against each of the Old Firm.

Whilst St Johnstone never go down without a fight, Callum Davidson's crew have conceded at least one goal in 10 of their last 12 league games, including each of their last six top flight road trips.

With that in mind, coupled with Aberdeen's players having a point to prove, I'll happily back the home team to score, but to round off the 5/6 (Bet 365) Bet Builder, I'll also go with over four Aberdeen corners.

The Dandies are averaging five corners per-game in the Scottish Premiership this season, a tally that shoots up to 6.08 when operating at their north east base.

It's also worth noting that the above-mentioned combination has copped in six of Aberdeen's last eight matches across all competitions and that only adds to the appeal of supporting the same play at Pittodrie on Tuesday night.

This Scottish Premiership match between Aberdeen and St Johnstone will be played on Feb 15, 2022 and kick off at 19:45. Check below for our tipsters best Aberdeen vs St Johnstone prediction. You may also visit our dedicated betting previews section for the most up to date previews.