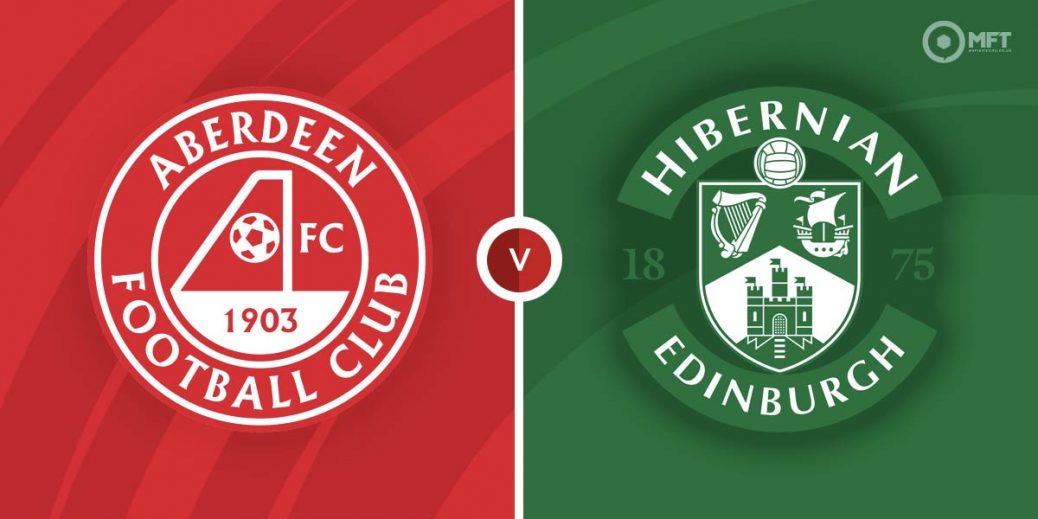 NEW Aberdeen boss Jim Goodwin's quest for his first victory as Dons manager moves on to the visit of Hibs on Saturday.

The Pittodrie side parted company with captain Scott Brown last week in a sure sign that the ex-St Mirren boss wants to do things his way.

Although the hosts still have ambitions to get fourth spot – there is still only five points separating fourth spot Hibs and tenth place Aberdeen – they will also be anxiously looking over the shoulders at an improving St Johnstone side eight points behind in the relegation play-off spot.

Aberdeen's recent record is truly diabolical – they have failed to win a league game since Boxing Day and that was at home against a Dundee side who were decimated by call-offs. It's ten games without a win since they defeated mid-table League Two side Edinburgh City in the Scottish Cup.

Hibs ended a wretched run of three games without a goal to edge though to the semi-finals of the Scottish Cup in a bruising encounter at Lanarkshire, although they were playing against ten-man Motherwell for the vast majority of the match.

But they still have their eyes set on a European spot, despite the loss of Scotland striker Kevin Nisbet for nine months after knee surgery.

It can only be home advantage that has convinced the bookies to make Aberdeen favourites at 13/10 with Coral. The capital side are 5/2 with Betfred and the draw is 21/10 with SBK.

A Ryan Porteous header handed Hibs the points when the sides met in Shaun Maloney's first game in December as can be seen below.

However, Hibs have only won once in their 11 visits to Pittodrie and that was last season.

Christian Ramirez has been just about the one bright spot in a car crash of a season for Aberdeen and the American has somehow scored 16 goals despite Aberdeen's struggles. He could be value at 2/1 to score anytime.

Hibs had a new hero on Sunday after Norwegian kid Elias Melkersen scored a double on his full debut at Motherwell. He's 10/3 to carry on and net at Pittodrie with bet365.

It's hard to see this being a thriller with neither side exactly prolific in front of goal. Bookies know this and that why the under 2.5 goal line is around about 4/7. Both games have finished 1-0 for the home side this season and it could very well be that a solitary goal decides this too.

Hibs have managed nine corners on their own in their last two games and they had eight for the previous match. Therefore the 29/20 with BetVictor for Hibs to win the corners match bet could land.

This Scottish Premiership match between Aberdeen and Hibernian will be played on Mar 19, 2022 and kick off at 15:00. Check below for our tipsters best Aberdeen vs Hibernian prediction. You may also visit our dedicated betting previews section for the most up to date previews.