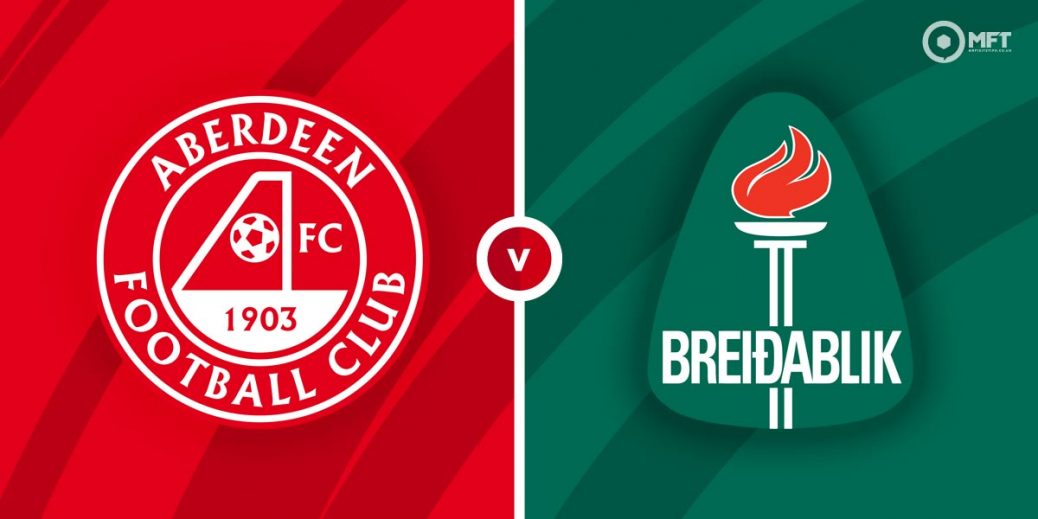 ABERDEEN took a gamble appointing Stephen Glass as boss but it looks like it could pay off as the Dons bid to continue their flying start to the season by finishing off Breidablik in the Europa Conference League.

The rookie gaffer had big shoes to fill when he replaced Derek McInnes at the helm but has brought a freshness Aberdeen badly lacked last season.

A tough opening qualifier with BK Hacken was dealt with relatively comfortably and the Dons followed that up by beating Brediablik 3-2 in Iceland (below), a game where both of my tips came up.

Glass' side also helped my weekend Premiership double land as they won 2-1 at Livingston, although they left it until stoppage time and only triumphed thanks to a howler from keeper Max Stryjek.

That victory has kept the momentum building but Aberdeen will need to perform better in their Euro return as Breidablik showed in the first leg that they carry a threat.

The Iceland side also KO'd Austria Vienna in the last round and head to Scotland boosted by a 3-1 league win over Starjnan on Monday night.

It's no great surprise to see Aberdeen as heavy favourites with home advantage and a first-leg lead. The Dons are a tiny 1/25 with McBookie to qualify and the odds for a win on the night aren't much better at a best 4/9 with SBK.

Breidablik are 7/1 with Bet365 for a Pittodrie win and 9/1 at McBookie to dump the Dons out. The stalemate at 90 minutes pays 15/4 at SportingIndex.

Christian Ramirez (below) should return to the starting line-up for Aberdeen after coming off the bench in the clash with Livingston. The American has netted four times already in a red shirt and is 11/10 at McBookie to grab another.

I flagged up Arni Vilhjalmsson as Breidablik's biggest threat in the first leg and he duly scored from the spot. With the forward on penalty duties he looks their best bet for a goal again at 15/8 with McBookie.

Aberdeen have kept just one clean sheet so far this season, against Dundee United in their Premiership opener, so a Dons win with BTTS might be the shout here at 7/4 with McBookie.

We saw five goals in the first leg and should be treated to some more here so over 3.5 goals appeals at 13/9 with SBK.

Aberdeen should be too strong at Pittodrie for the Icelandic side and I fancy them to be winning at half-time and full-time, which pays 11/10 at SportNation.

This UEFA Europa League Conference match between Aberdeen and Breidablik will be played on Aug 12, 2021 and kick off at 19:45. Check below for our tipsters best Aberdeen vs Breidablik prediction. You may also visit our dedicated betting previews section for the most up to date previews.