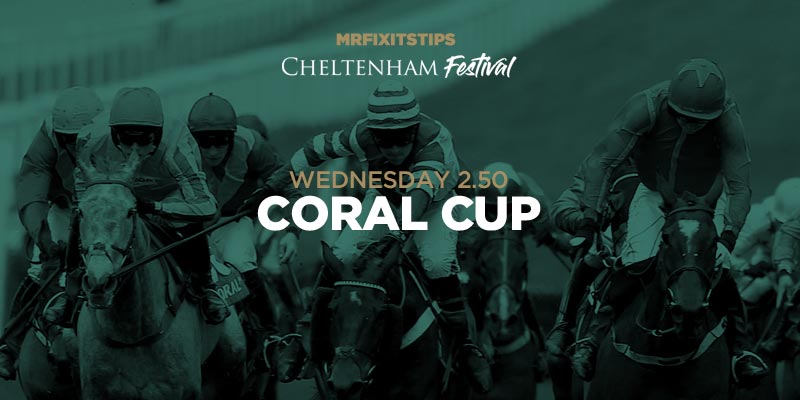 The Coral Cup is a Grade 3 handicap hurdle race, open to horses aged four and older. The race is run over a distance of just over two miles and five furlongs (2 miles, 5 furlongs and 26 yards).

I'M TRYING to remember how many times I've backed the winner of the Coral Cup and I have to admit it's not a race that I'm particularly successful in.

I think Aux Ptits Soin might have been the last winner I backed which was 5 years ago.

There are races like the Grand Annual, the Ultima and the Fred Winter where I have had good success over the last few years but the Coral Cup hasn't been so good to me.

Hopefully that changes this year with a BANG!

This time I have gone for a two-pronged approach: a classy mare and an improving 7 year old at a big price who could spring a surprise.

My first choice is the classy mare and she is BLACK TEARS from the Gordon Elliott yard.  I heard a bit of a whisper a few weeks ago for this one who is quite highly regarded by connections and her form backs that up.

Her win in a valuable Leopardstown handicap in February has to be noted, not least because there were 27 runners in the race, giving her valuable big field handicap experience.

Crucially, she has a jockey who has won this race three times and a trainer who has won it twice in the last decade. She should be a shorter price than 20-1 but we haven't heard a peep about her at the festival preview nights etc which is almost a tip in itself.

Many bookies are paying extra places and we can get 6 places for Black Tears at 20-1 with Ladbrokes which looks like the best option to me.

My second selection is HONEST VIC who is another strong Cheltenham contender for the Henry Daly yard, a trainer who I think could have a great year in the handicaps at the festival.

We haven't seen this lad since the King George meeting at Kempton on Boxing Day where he won a handicap hurdle very nicely indeed.

The horse he beat in October (Skandiburg) has won twice subsequently which suggests that there is a bit of quality to Honest Vic.

I don't think he should be 33-1 here and he looks an interesting prospect near the bottom of the weights. Plenty firms are offering 33-1 so make sure you get one that is paying 6 places each way.

JP McManus will see five of his handicappers carry the ubiquitous green and gold hoops in the Coral Cup and ALFA MIX has the profile of an improving young horse.

Gavin Cromwell saddled the five-year-old to finish second behind another JP runner, Kilfenora, over 2m 4f at Navan in January.

Alfa Mix travelled strongly turning into the straight and wasn’t knocked about unduly, with the front pair bounding well clear of subsequent easy winner Court Maid. He is 2lb better off with the winner and has been typically laid out for Cheltenham.

Canardier finished fifth to William Henry in this event last year when trained by Dermot McLoughlin and has his first start for the Mullins yard following an unproductive spell over fences.

Mullins is mob-handed and Paul Townend has stuck with handicap debutante Franco De Port, third to classy Stormy Ireland in a Graded event at Naas in January. The ex-French gelding may well be on an attractive mark.

My stats man informs me that in the last six years new fewer than 16 out of the 18 winners of the Coral Cup, County Hurdle and Martin Pipe Handicap Hurdle all had Graded form.

Yet another highly competitive handicap, but I seem to think I’ve found a bit of value in PROTEKTORAT, who is trained by Dan Skelton.

I get the feeling this has been a long-term plan set out by the Skelton team. Dan has built up a reputation of targeting races like this, and they generally go close or win, this is most noticeable in the County Handicap Hurdle on Friday where he’s won it the for the last 2 seasons.

The reason why I think this has been a long-term plan is the fact that they have ran Protektorat over this course for the last two runs. From them two runs he’s won a Class 1 Listed race and finished a creditable third in a Grade 2.

The form of the latter looks strong, as he finished behind Harry Senior who has a good chance in the Albert Bartlett, and he was conceding 5lbs that day.

In these types of races, you need to try and find a horse who is better than just a handicapper, and I believe this 5yo will be a confirmed Graded horse by this time next year.

He handles the ground and clearly likes the track, so with a lot of factors in his favour he is a nice EW bet.

As always there are many horses who have a good chance, but unfortunately too many to talk about. 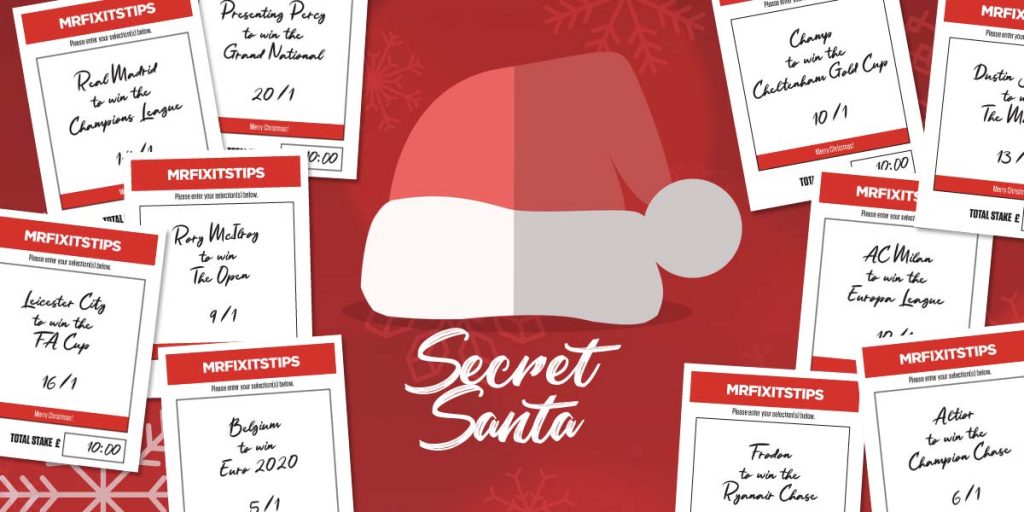