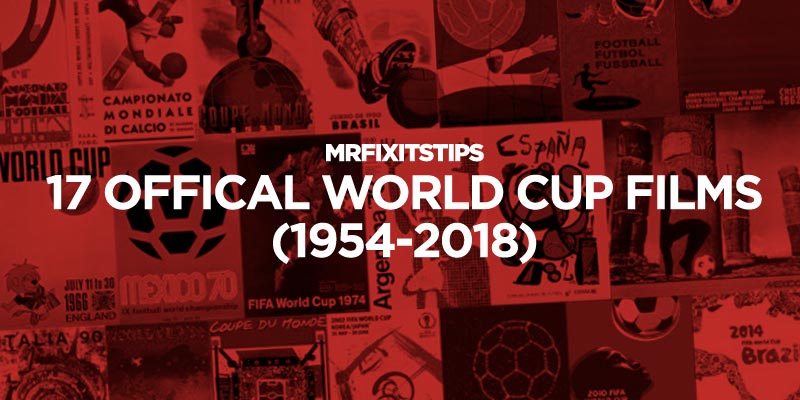 IN a world without football Amazon Prime could save the day. You can re-live each of the last 17 World Cup tournaments by watching the Official Films from 1954 in Switzerland right through to the 2018 competition in Brazil.

Fill the gap of not having any live football to watch by tuning in to these brilliant videos which chronicle each tournament including the greatest goals, the triumphs, the heartaches, the stories of the host nations and all the iconic moments.

Here's the tournament-by-tournament links to each Official World Cup film;

The first Official Film comes from the finals in Switzerland in 1954, where the red-hot favourites from Hungary, led by the legendary Puskas, were out to justify their tag as the best team in the world.

The 1958 finals, held in Sweden, saw the emergence of a new superstar in Pele. This 17-year-old superstar in the making was looking to lead Brazil to a first World Cup title.

Chile was the venue for the 1962 finals, where holders Brazil, inspired by Pele and Garrincha, were expected to regain their crown.

The only full colour record of the 1966 FIFA World Cup™. Led by Moore, Charlton and Banks and driven on by a thrilled Wembley crowd, this was England best shot at the ultimate prize in sport.

The 1970 finals saw the emergence of arguably the greatest team the world has ever seen. After the failure of 1966, the 1970 Brazilians had a point to prove and, with Pele, Jairzinho, Rivellino, Gerson and Tostao in the team, they wanted to prove it in style.

The 1974 finals in West Germany saw the emergence of “Total Football” in the shape of the classy Dutch led by the legendary Johan Cruyff. Could anyone stop the Oranje from claiming a first World Cup tile?

Campeones: The Official film of 1978 FIFA World Cup Argentina™ (1hr 29min)
Argentina were hosts in 1978 and under great pressure to succeed. They faced stiff competition from both their South American neighbours and a strong European challenge but Cesar Menotti's team were on a mission, spurred on by fanatical support .

The 1982 World Cup was one for the ages – Zico, Rossi, Breitner, Boniek were ready to light up the stage, as was a young Argentine called Maradona, of which much was expected. A tournament to savour unfolded in the most dramatic of circumstances.

Mexico had just recovered from a devastating earthquake, but the nation put on a great tournament and Argentina, inspired by Maradona, justifed their status as favourites. The epic quarter-final with England saw Maradona at his most impish and sublime best but would Argentina go on to claim a second World Cup success?

Italia '90 was another fascinating tournament, a melting pot of different styles, cultures and techniques. The tournament saw the emergence of the African nations with the free-fowing Cameroon capturing everyone's hearts. Inspired by Roberto Baggio, the Italian were after a second World Cup crown in eight years.

In 1994, the FIFA World Cup™ came to the USA for the frst time in history and set the country alight, giving “soccer” a tremendous boost. . This film offers an unique view of the razzmatazz of the frst ever FIFA World Cup to be staged in the US and provided a final decided via the most heart-breaking way of all.

The French team – on home soil – was always going to be a contender in 1998. Spurred on by home support and press criticism, “les Bleus” did not dare to disappoint. The 1998 film was shot on Super 16mm film and includes the most complete and extensive coverage ever, with each match being filmed from more angles than any previous film.

A FIFA World Cup™ of shocks and surprises, making history from start to fnish. It was the frst FIFA World Cup™ in Asia and the frst to be co-hosted by two countries. The offcial film captures the unique spirit of this event in 120 minutes of football – on the pitch and with exclusive behind the scenes access.

The 2006 FIFA World Cup™, hosted by Germany, had everything. Great football, wonderful fans, a home team inspired, drama, controversy and a dramatic finish.

A football feast for fans who just love to see the ball hit the back of the net. Just sit back, press play and enjoy.

Told by the people of the Rainbow nation, this film recounts the 2010 FIFA World Cup™ in South Africa, highlighting the impact and legacy of an event that symbolised how far the country has come. The cast is led by Archbishop Desmond Tutu, rugby legend Francois Pienaar, South Africa's football captain Aaron Mokoena and celebrated jazz musician Hugh Masekela.

The 2014 FIFA World Cup™ in Brazil as you have never seen it before. Relive the emotions of the players, the goals, the misses, the heartbreak, the joy. In addition to re-living the action on the pitch, enjoy the journey from the bustling city of Sao Paolo to the indigenous tribes of the Amazon, as Neymar, Messi, Rodriguez and Müller strive towards FIFA World Cup™ glory.

Told through the eyes of those closest to the tournament, this film combines heart-warming stories from Brazilian and international fans with the very best action and interview material. Including rarely seen camera angles from matches and behind-the-scenes access to team training sessions, the film captures the unique spirit of a Brazilian World Cup.

This high-octane program delivers every single goal of the 2014 FIFA World Cup™, with multiple camera angles, celebrating players and delirious fans adding to the excitement while a collection of top-ten goals will provide a talking point for any group of football fans.

Specialist film crews, capturing beautiful, cinematic footage from around Russia using industry leading equipment, provide the raw material for this timeless story of hope, passion, heartbreak and joy. The unparalleled vantage points enjoyed by FIFA's own crews provide exclusive access to the players and coaches – closer than ever before.

If there's any other football or sport related videos you'd recommend that people can watch then post them in the comments section below.