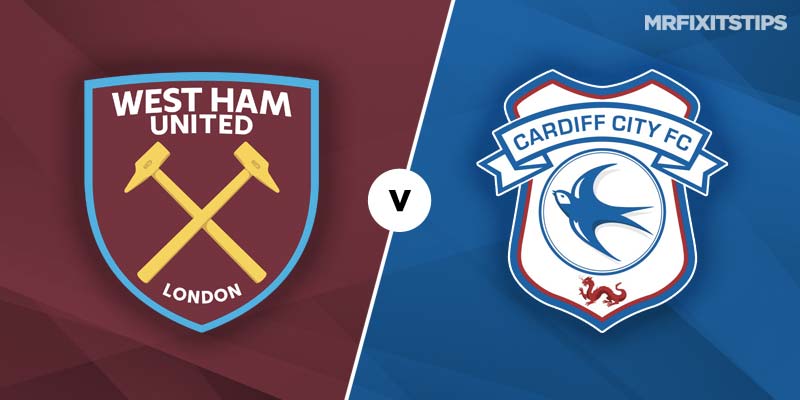 INCONSISTENCY has dogged West Ham all season, with Manuel Pellegrini's men failing to rack up back-to-back wins in the Premier League.

But after an impressive 3-0 triumph on the road at revitalised Newcastle, the Hammers now have a great chance to do just that as they welcome Cardiff to the London Stadium.

You get the sense the Hammers are starting to hit their stride and with a kind run of fixtures coming up they have a great chance to build some momentum.

West Ham don't face one of the league's big hitters again until mid-January when they host Arsenal and their next seven games are all winnable.

But Pellegrini won't be looking too far ahead and will just be concentrating on taking care of a dangerous Cardiff side buoyed by an excellent home win over Brighton.

The Hammers are 7/10 favourites with 888 Sport and that's understandable given their dominant recent record against the Bluebirds, who are 22/5 outsiders.

West Ham have won their last six meetings and you have to go back to 2011 for Cardiff's last win over them, although that did come in London.

Pellegrini's men should keep that run going and I fancy them to be winning at both half-time and full-time which is 8/5 with 888 Sport.

Felipe Anderson was the star of the show in the win over Newcastle and the winger is 5/1 to open the scoring here and 37/20 for anytime scorer with 888 Sport.

Javier Hernandez should keep his place after a double at St James' Park and looks good at 19/5 to break the deadlock.

Cardiff will be a threat from set-pieces as always so don't discount Sol Bamba for anytime scorer. The big defender is a 12/1 shot with 888 Sport while fellow stopper Bruno Ecuele-Manga is a better price at 17/1.