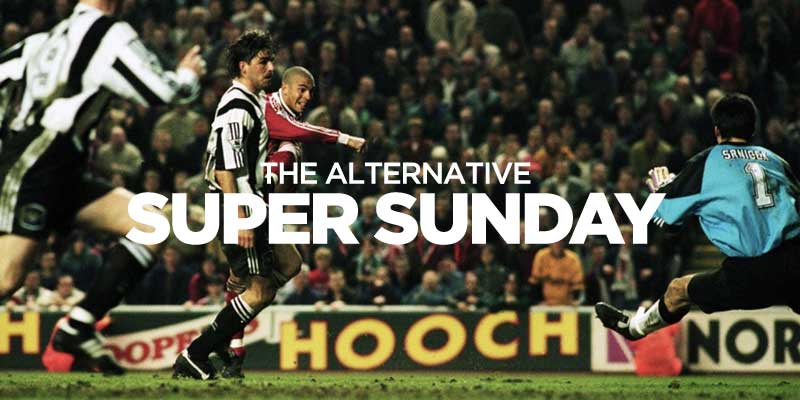 SUPER Sundays ain't what they used to be these days. What I'd give for a hour-long build-up with Carragher, Neville and Souness ahead of a Burnley v Brighton match!

Instead I've curated my own Super Sunday of classic matches that I've managed to find on YouTube in their entirety. Some them I've never actually seen, others still reside somewhere in my mind as being worth of a re-watch.

All should make for a day of classic football on my telly in the absence of the real live stuff.

I was two years old when this was played and a recent visit to the Scottish Football Museum at Hampden Park (which I would thoroughly when all this isolation is over) has inspired my first match. There you'll find a 3D display of Archie Gemmell's wonderful goal while a video plays on a constant loop in the background – like something from an Irvien Welsh novel.

Although Scotland won there was the ultimate disappointment of Scotland exiting the tournament in traditional ‘hard-luck' style but this was a time when Scotland could go toe-to-toe with the best in the world.

Mexico 86 was a defining moment in my life. It was probably the time that I fell in love with football so I love looking back on anything and everything from that tournamant.

Although English fans won't appreciate this match I think it's still worth revisiting. Maradona was incredible and of course if features two of the most iconic goals ever scored. I'm looking forward to re-living both and the ensuing reactions afterwards.

Two of the best sides went head-to-head in the quarter-finals in Mexico and what is one widely regarded as one of the best games at any World Cup. This one may not have the excitement of a high goal-count but it is one for the football purists. (Available from 5pm tonight)

Probably the most incredible result in ANY match, never mind any World Cup. The Germans simply destroyed Brazil, leaving their players and a country in tears.

Who can forget this crazy game at Anfield in 1996? The best Premier League match of all time? Probably. Just sit back and enjoy.

I'm finishing with a Barcelona Masterclass. There have been so many wonderful El Clasicos in recent times and I might include another in future Super Sundays but this one is definitely worth re-watching.

Pep Guardiola's team handed Jose Mourinho his arse on a plate – this after he had enojyed the best start of any Real Madrid manager's career.

Let me know which games you'd sit down to re-live in the comments section below. If you can find it on YouTube post a link and I'll make a list for next Super Sunday.