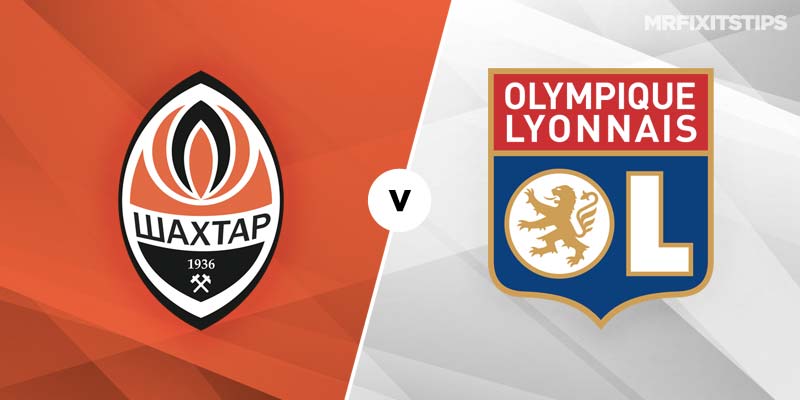 LYON remain unbeaten in the group having taken four points off Man City but the French side still find themselves dicing with a failed campaign.

Four straight draws have left their last-16 hopes hanging in the balance and now Lyon must dodge defeat tonight in Kiev to avoid ending up with the consolation prize of a Europa League place.

They've shipped at least two goals in all four stalemates and will have to withstand a siege from a Shakhtar side who need victory to qualify. Since their opening 2-1 win at Man City, all five Lyon games have gone over 3.5 goals and a minimum of four tonight pays 13-10 at 888Sport.

It's hard to ignore the 8-11 for both teams to score and over 2.5 for a sixth straight Lyon game in this group of goals.

The French outfit are a real danger on the counter-attack as their stunning triumph at the Etihad proved. They've scored 2+ in five straight games and are 11-10 to continue that trend here.

Shakhtar's “home” outings were a 2-2 draw with Hoffenheim and 3-0 loss to City but the Ukrainians will be confident of some joy against the leaky Lyon backline. Both those games had over 1.5 goals in the first half – as did Lyon's two away matches so far – and the 6-5 at 888Sport for same again should give a run for your money.

Shakhtar are full of Brazilian flair and three of their Samba attackers – Taison, Junior Moraes and Ismaily – have two goals apiece so far. Taison's double came in the thrilling 3-2 win over Hoffenheim last time out and he's worth backing to follow up with another strike at 5-4 with 888Sport.

Lyon playmaker Nabil Fekir is his team's main creative source and 11-5 to add to his tally of two assists.