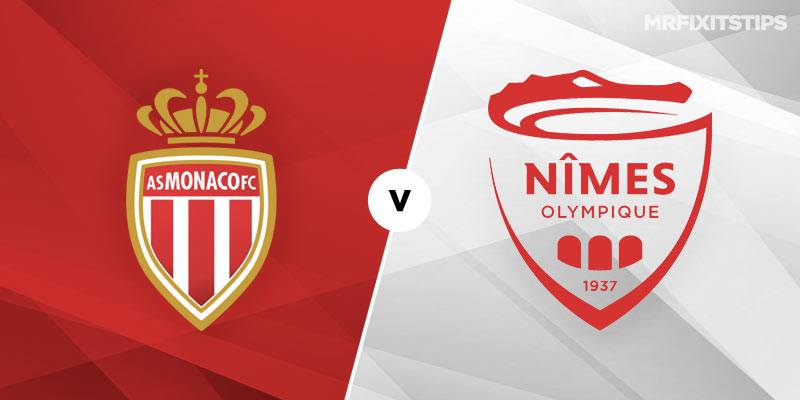 Champions League heavyweights Monaco host Ligue 1 newcomers Nimes in what looks to be a highly-entertaining encounter.

Monaco opened the campaign with a comfortable 3-1 victory at Nantes but have since failed to win any of their next five fixtures across all competitions. A brutal transfer policy often sees them sell their best players. Thomas Lemar, Fabinho and Joao Moutinho were the latest stars to depart and their replacements have failed to impress.

Monaco remain in 15th place with just five points from as many games. Although early days, Leonardo Jardim will be deeply upset with this meagre return and his side surely must take all three points against Nimes.

Nimes have not suffered stage fright one bit despite being absent from the French top division for 25 years. They have been exciting to watch, with four of their last five Ligue 1 games seeing four goals or more.

Nimes have taken seven points from a possible 15, which represents a solid start by Bernard Blaquart's side. A 3-1 victory over Marseille showed the rest of the division they are a force to be reckoned with.

Monaco have scored seven goals in their five Ligue 1 fixtures but defensive frailties have seen them concede the same amount.

The entertaining Nimes have scored 12 goals in their opening five games. Their brave approach means they are vulnerable defensively and just like Monaco have conceded as many as they have scored. Pleasingly, eight of their goals scored have come against top-six opposition and on three occasions they have scored exactly three goals.

For both sides four of their last five Ligue 1 fixtures has seen both teams score. Nimes are unlikely to change their fearless approach. I can see plenty of goals with both sides finding the back of the net. Monaco will make hard work of it but I feel their quality will come through to scrape a much-needed victory.