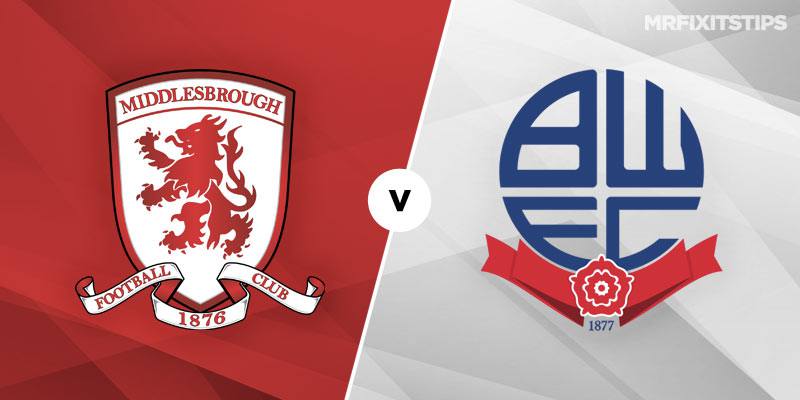 OH DEAR Bolton seem to be reverting back to type after an inspired start to the season.

I haven't tipped or backed them in their past few games. The Spidey sense began tingling after they were put to the sword by Sheffield United in front of their home crowd.

A frustrating draw against a 10-man Preston. Pearson was sent off in the 98th minute so don't read too much into that). More recently the men in white lost to QPR, again at home and the disappointment of the Trotters fans was palpable.

Middlesbrough on the other hand have a slightly more solid form line and seem to be holding fast, despite suffering a 1-0 loss against Norwich on Saturday. One statistic that is significant is the Boro's 100 per cent record at the Riverside, couple this with a shaky looking Bolton and it looks Tony Pullis's men will be walking away with either a win or a draw on Wednesday evening.

In the past six clashes between the two sides Middlesbrough have won 5 and drawn 1, the best Bolton could do was a draw back in 2014. Looking back over the head to heads it does highlight how ill-tempered these games have been with 25 yellow cards being shown.

From a betting angle the 7-15 for a Boro win is spot on in my opinion. But I really don't like betting odds on. The 93-50 on Bolton to win or draw is pretty good value but I think the likelihood of this is wishful thinking on my part. I'm going to go with goals and I think that 21-20 for 2-3 to be scored is a solid wager.