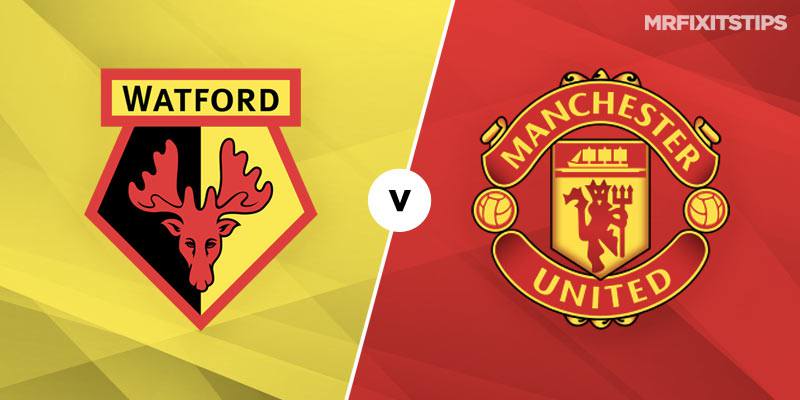 MANCHESTER United fans continue to weather the slings and arrows of outrageous fortune under the petulant and soon to be ex-Man Utd manager Mourinho. Why is it therefore that the men in red are still odds on, playing away to a Watford team who have won all four of their opening games ?

The Hornets are proving a right handful this season not least in part to the outstanding Robert Pereyra who has scored 3 so far and looks like he isn't stopping there. Stats wise of course Man Utd have won 14 of their last 15 meetings with Watford but you can ignore that this time around. I don't think Watford fans will experience a window where the two sides are as closely matched as this again.

This game could be an unpredictable goals fest or it could be a horrible stop start affair with some serious gamesmanship from the Portuguese man on the sidelines.

Watford are also a bit feisty when trying to get possession and are no strangers to cards. Either way I will be keeping stakes low. The 7/2 on a Watford win did look appealing at first but then I watched a few recent Man Utd first half performances again and came up with a new strategy. The half time / full time market has bags of value in it for this particular match up and that's where I'm playing.