KevMac is in the hotseat to preview this week's fixture list in Scotland which has been affected by the cold weather – but there's still plenty of good value bets on offer.

MOTHERWELL have gone four derbies without a win but head into their latest clash with Hamilton in fine fettle.

Accies romped to a 3-0 victory when these sides last met with Keith Lasley in caretaker charge of Well after Stephen Robinson’s departure.

That left the Steelmen in deep relegation trouble but new gaffer Graham Alexander has made a big impact since taking over.

Motherwell have won three of their last four games, with the only defeat coming at Celtic Park, to move eight points clear of Accies at the foot of the Premiership table.

Hamilton still have a game in hand and will be boosted by their excellent performance in last week’s coupon-boosting draw with Rangers.

But I’ve a feeling their good recent run in the derby will come to an end with Well 8/11 at McBookie to win.

That’s not great value so try doubling it with over 1.5 match goals in a McBookie bet builder which boosts the odds to just over evens.

Tommy Wright failed to lead Killie to a win in his first game in charge as they lost 1-0 to Well.

That made it six defeats in a row for the Rugby Park men and Gers are just 2/13 with McBookie to inflict another.

Even a Rangers win to nil isn’t great value at 8/11 so you have to look to the scorer markets to find decent prices.

Alfredo Morelos and Kemar Roofe both miss out with bans which could see Scott Wright land a full debut.

The former Aberdeen forward is 11/5 with Paddy Power for anytime scorer which looks good value if he is handed a start.

Namesake Tommy will set Kilmarnock up to frustrate Rangers like old club St Johnstone did at Ibrox a few weeks ago.

That match ended in a 1-0 victory and this one could also be tight if Steven Gerrard’s men fail to make an early breakthrough.

That lends appeal to the handicap markets where Killie +2 is 8/5 at Betway.

Aberdeen have let me down recently, losing to Livi then failing to score against Hibs last weekend when I tipped both teams to score.

It’s now just one win in eight for the Dons, piling the pressure on manager Derek McInnes ahead of today’s home clash with St Mirren.

I’m surprised to see Aberdeen as McBookie’s 10/11 favourites, with the Buddies at 14/5. But Jim Goodwin’s men picked up a few injuries in the midweek loss to Celtic so it could be a good time to face them.

I’m wary of backing McInnes’ men again so instead I’ll plump for a one-goal winning margin for either side at 5/4 with McBookie. 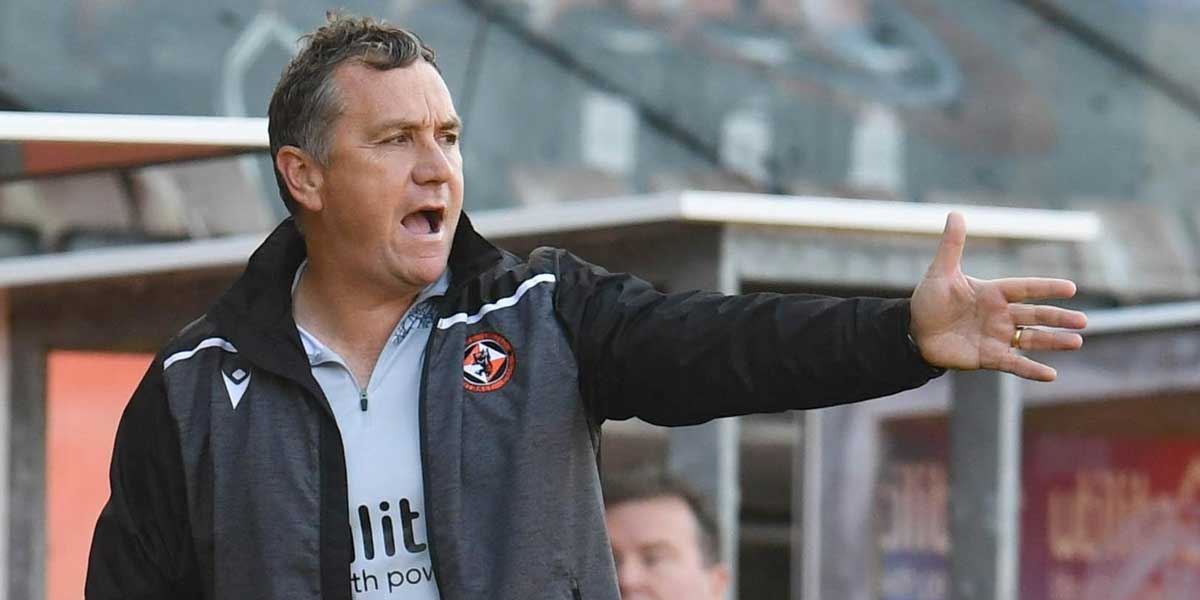 Livingston’s incredible unbeaten run came to an end last weekend with a loss to St Johnstone.

David Martindale’s men will look to bounce back quickly with a victory at Tannadice today.

But Dundee United returned to winning ways at Ross County last weekend and look overpriced at 3/1 with McBookie to come out on top.

Lawrence Shankland netted their opener in Dingwall and the Scotland striker also looks generously priced at 5/2 with Paddy Power for anytime scorer.

The Hoops have won three in a row and look to be getting back to form but are just 8/15 with McBookie.

So I’m going for the card market instead where Shane Duffy, who should replace the crocked Stephen Welsh, is 4/1 with Bet365 to be carded.

For a bonkers bet you could do worse than back a Saints defender to score from a set-piece. Shaun Rooney is 25/1 with Unibet for a goal while Jason Kerr is 20/1 with Bet365.

THE big freeze has decimated the Championship fixture card with only Alloa’s relegation clash with Arbroath now going ahead.

The plastic pitch at the Indrodrill was cleared of snow after a heroic effort by the groundstaff yesterday.

And the Wasps will be hoping to build on a huge win over Queen of the South last weekend. That cut the gap on both Queens and Arbroath to just three points at the bottom.

But Dick Campbell’s Red Licthies are in fine form, with last week’s win over Dunfermline making it five games unbeaten for them.

Both teams to score has come up in the last nine Alloa games so I thought it would be shorter than the 5/6 on offer at McBookie here. I also fancy over 2.5 goals which is priced 10/11 with the same firm.

Alloa’s Alan Trouten has two goals from his last three appearances and looks the best shout for a Wasps goal.

The veteran is 15/8 with McBookie in the anytime scorer market.