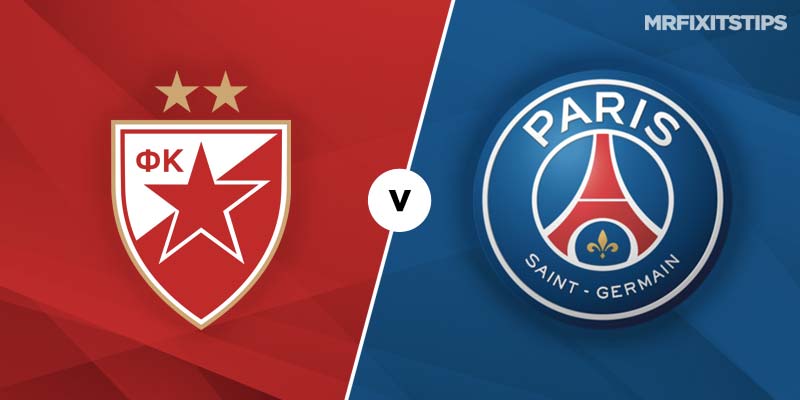 THE Group of Death comes to a cut-throat conclusion with one of the big hitters destined to come a cropper.

Red Star are the only side not still in with a chance of reaching the knockout phase but they'll have a big say in who makes it between PSG, Liverpool and Napoli.

There's plenty of permutations in the group's other game at Anfield but in Serbia the task facing PSG is simple – win and they're through.

The French champs routed Red Star 6-1 in Paris and are just 1-6 at 888Sport to get the job done but it may not be the mistmatch it seems.

Red Star are no pushovers at the packed Rajko Mitic Stadium on Champions League nights as Liverpool and Napoli found that out to their cost, with the Reds losing 2-0 in Belgrade while the Italians escaped with a goalless draw in the group opener.

And PSG will have to buck a trend that's seen zero away wins from any side in this group after 10 games. That shouldn't prove beyond Thomas Tuchel's men but keeping a clean sheet might.

PSG have conceded in nine successive Champions League matches and five of their eight away Ligue 1 outings this season, including the last two. So if French lesser lights such as Guingamp, Nimes and Strasbourg can breach the mighty Parisians then so can Red Star and I'm happy to take the 5-4 at 888Sport for both teams to score.

PSG are never shy at hitting the deck from the slightest contact and with Scottish card-happy ref Willie Collum in charge in Belgrade it could be a heady mix.

Collum's three previous Champions League assignments this season saw them dish out five, five and eight yellows and with PSG dominating possession tonight the bulk of booking should go to the hosts. Go for over 2.5 Red Star cards at 9-10 with 888Sport.