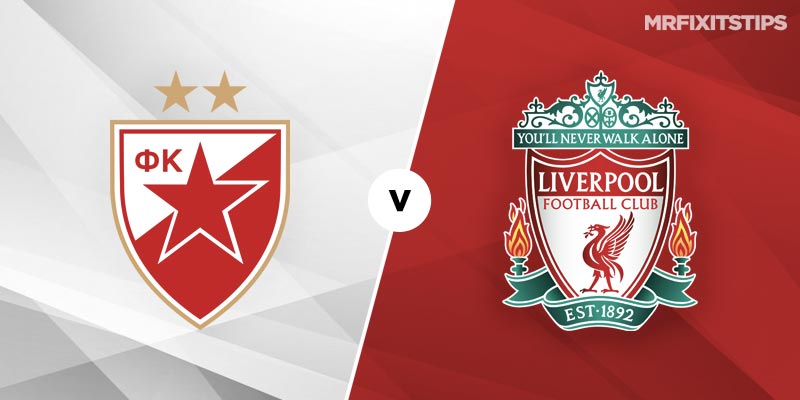 As expected, Group G in the UEFA Champions League is shaping up to be one of the most intriguing in the competition and it could well be bottom-placed Red Star Belgrade who have the biggest say in who qualifies out of Liverpool, Napoli and PSG.

The Serbian champions might have shipped 10 goals in their last two Champions League matches but they could still prove to be a spanner in the works for teams visiting the Rajko Mitić Stadium.

They secured a point on matchday one at home to Napoli, who subsequently went on to win a Anfield, and it's now just one defeat in 14 at home in Europe (W7 D6) for them, a run that's seen them concede just five goals.

Domestically they're on a 41-match unbeaten run in the Serbian Super League (W37 D4), so they certainly deserve some respect on their own turf, even if the bookies have priced them up at 17/1 to win.

That price has no doubt been dictated by Liverpool's 4-0 win when the two sides met at Anfield. As the scoreline suggests the Reds dominated proceedings that night with 65% possession and 32 shots to Red Star's four.

But things could be a bit tougher for Liverpool in Belgrade on Tuesday. Jurgen Klopp's men top the group but with games against Napoli (H) and PSG (A) to come they'll be desperate not to slip up here.

Klopp's men can expect a fiery welcome and it looks as though Swiss striker Xherdan Shaqiri will miss the trip. He was disciplined for making a political statement when Switzerland faced Serbia in the World Cup in Russia earlier this year, after he celebrated a goal by making an eagle gesture in tribute to his Albanian heritage and the Liverpool boss looks set to avoid any controversy by leaving him at home.

Yes, I think Liverpool will win but wouldn't be backing them at 2/11. I don't think they'll win as comfortable as they did at Anfield and I like the idea of being on side with Red Star with a 2 goal start. Bet365 have set the Asian Handicap line at +2 in the Serbians' favour, which means only a three goal or more victory for Liverpool would see you lose money. A two-goal win will get your money back, anything else and you'll be quids in.