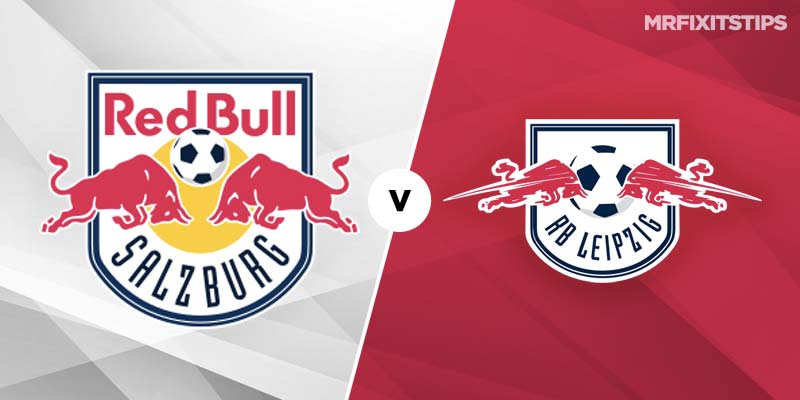 A CURSORY glance at the two badges above should set alarm bells ringing for punters and football fans alike in this Frankenstein's monster of a fixture.

Despite Red Bull holding significant shares in each club, UEFA's Adjudicatory Chamber of the UEFA Club Financial Control Body (CFCB) decided that legally there was no reason for both clubs not to be able to compete in European competitions, stating,

“No individual or legal entity had anymore a decisive influence over more than one club participating in a UEFA club competition.”

The bookies don't seem quite so convinced however.

Despite Salzburg's hugely impressive home form – they've not been beaten in a competitive match at the (ahem) Red Bull Arena since November 2016 – the bookies rate Leipzig as favourites to get the win that would keep their European hopes alive. 888Sport make the Germans Evs whilst Salzburg are 13/5.

Alomst every stat would suggest a home win however;

But there's no escaping the possibility of Leipzig springing a ‘surprise' and taking the three points they need. After all there is a history of jiggery-pokery between the two nations; Cast your mind back to the 1982 and the so-called “Disgrace of Gijon” – match that will go down in World Cup infamy.

Germany played Austria following a shock defeat to Algeria, which left them needing a win to stay in the competition. The Austrians would still qualify if they lost, but not by any more than a goal. Low and behold, the Germany scored early and both teams downed tools. The fix was in.

Now, I'm not saying this match will be fixed. Of course not, but from a punting perspective it makes it nigh-on impossible to call.

There are so many permutations around who can qualify with what results between Salzburg, Leipzig and Celtic that it would make your head spin. So huge kudos to @Moravick67_ who explained everything brilliantly over a series of tweets earlier in the week. Follow his thread here;

1. Ahead of the game in Norway on Thursday, here are some tweets about the possible permutations of who qualifies from our group.

Reminder. All 4 teams can still qualify or be knocked out. Obviously, Rosenborg qualifying and Salzburg going out are less likely.

13/5 should be a great price for Salzburg, so if you don't believe in conspiracy theories then you should be lapping that up – bear in mind that the Austrians aren't yet guaranteed qualification and face a trip to Glasgow in the final group match.

On the goals front, you would think that there should be plenty. Salzburg have scored a whopping 14 goals in four Europa League group matches to date and 25 in their last 10. Leipzig have scored 10 in their last five matches all in. Over 2.5 Goals is just 12/25 however. Over 3.5 Goals is 5/4 but it's not a bet I'd take on.

I'm going out a limb and (possibly naively) erring on the side of football, rather than conspiracies prevailing. All eyes will be on this match so there's an argument that fair play will be upheld for the sake of UEFA, Red Bull and the credibility of the competition. So I'm getting onside with Salzburg but I have a strongly worded email addressed to UEFA ready and waiting should there be slightest hint of dodginess!