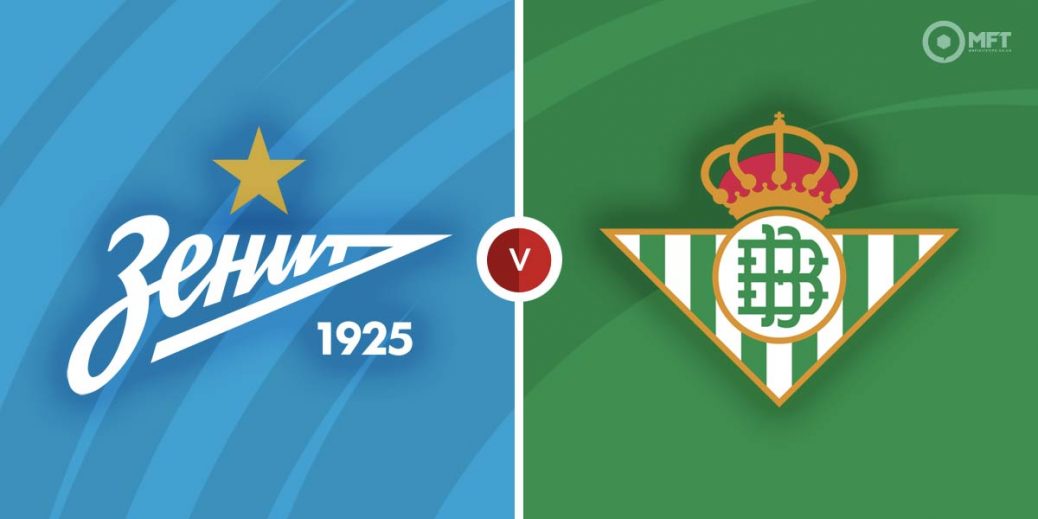 Zenit St Petersburg host Real Betis in the first leg of their UEFA Europa League knockout phase playoff. Both teams go into Thursday’s clash in good form but Zenit will be banking on their impressive home form to get them through.

Zenit St Petersburg are in the Europa League after failing to make the cut in the group stage of the Champions League. They did pick up their form towards the end of the first round, holding Champions Chelsea to a 3-3 draw in their final fixture and will be keen to carry that form into Thursday’s clash.

The Russians warmed up for the visit of Real Betis with a 2-1 victory over Brondby in the Atlantic Cup last Friday. That result is a pointer to their impressive form in recent weeks that has seen them go on a 12-match unbeaten run across all competitions, winning the last five.

Zenit St Petersburg also have a good home record in the Europa League, suffering just one defeat in their last 24 matches in front of their fans. Sergey Semak’s men have claimed 21 wins in that run and will be feeling confident heading into Thursday’s match.

Real Betis booked a place in the knockout phase playoffs after finishing second in the group stage of the competition. Manuel Pellegrini’s men made a bright start but lost their way slightly, claiming just one win in their final four group stage matches.

The Spaniards have since rediscovered their form and have suffered just one defeat in their last nine matches across all competitions. They warmed up for the trip to Saint Petersburg with a 4-2 victory over Levante in La Liga last Sunday.

A small problem for Real Betis is their away record in the Europa League that has seen them lose their last two matches on the road. Their final fixture in the group stage was a 3-2 defeat at Scottish side Celtic.

Zenit S Petersburg have the upper hand among the bookies with a home win priced at 29/20 by Unibet. A victory for Real Betis is valued at 2/1 by Skybet while a draw is set at odds of 13/5 by bet365.

This will be the first ever meeting between Zenit St Petersburg and Real Betis.

Artem Dzyuba failed to score during the group stage of the Champions League but remains the biggest attacking threat for Zenit St Petersburg. The striker has 10 goals in the Russian Premier League and could be tipped to find the net on Thursday at 37/20 with Unibet.

Borja Iglesias was one of the stars for Real Betis during the group stage of the Europa League and could be worth keeping an eye on. The striker has five goals in his last six matches across all competitions and is priced at 21/10 by Unibet to get on the score sheet on Thursday.

Zenit St Petersburg and Real Betis have plenty of quality in attack and could be set to produce goals here. Both teams could be backed to score at 3/4 with bet365, over 2.5 goals is valued at 15/16 by SBK while bet365 is offering 12/5 on over 3.5 goals.

Both teams often take a while to find their rhythm so the second half could be tipped as the highest scoring half at 11/10 with betfair.